Disastrous Robben Island ferry should not have left‚ says expert 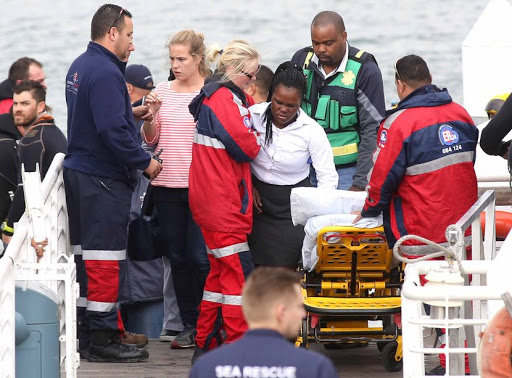 Robben Island Museum ferry Thandi‚ which almost sank with 70 people on board last month‚ should not have made the trip back to mainland‚ says a local ferry owner.

“On that day‚ Thandi should not have been there operating as a ferry coming back from the island. Going to the island is fine‚” he said.

Tedder said his opinion was based on his experience operating a ferry which ran five trips per day.

“I think a question [can be raised]: ‘At what point do you call a vessel back because you are stuck with 65 tourists on Robben Island and they need to go home?’‚” said Tedder.

He was asked for his input by committee chairperson Beverley Schfer. Representatives from the Robben Island Museum and the South African Maritime Safety Authority (Samsa) were asked to provide feedback on the incident.

A passenger on the ferry had to be rescued after the vessel started taking in water on its way back from the island.

Members of the Provincial Legislature (MPLs) had asked if Thandi had been compliant with its licence at the time of the incident.

Captain Pierre Schutz‚ deputy principal officer at Samsa’s Cape Town office‚ said they conduct annual inspections on ferries as mandated by the law. Apart from that‚ they do around 30 ad hoc inspections per year in Cape Town due to limited resources.

“In the case of Thandi ...was she compliant? I don’t know‚ I can’t answer that question‚ about the time before she left‚ because we only inspect it once a year. After that‚ for the rest of the year‚ it’s the owner’s and the skipper’s responsibility to maintain the vessel in that condition‚” he said.

Schfer wanted to know if ferry crew were trained to release life rafts‚ because pictures of the incident showed only one life raft floating — unoccupied.

Addressing the committee Daniel Heimann‚ who was part of the National Sea Rescue Institute crew‚ confirmed that there were two rafts. However the one of the rafts was too “dangerous” to use.

Gustav Louw‚ regional manager at Samsa‚ said staff had been provided all the appropriate training.