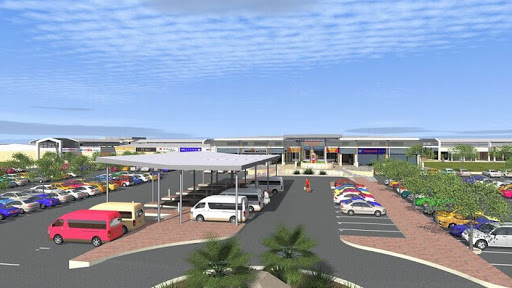 The construction of the multi-million rand Nkomo Village shopping centre in Atteridgeville‚ west of Pretoria‚ has left the community divided‚ with residents turning on each other over jobs and contracts.

The developer of the R314-million mall‚ Safari Investments‚ has accused the councillor for ward 63 of inciting a group of residents.

Work on site has been disrupted twice in less than a week‚ with a group of residents on Monday blocking the busy Tlou Street and allegedly intimidating about 40 workers on site.

“He got about 10 people to sit outside the gate on promise that they will get jobs. We had the same problem with the previous councillor… these people are simply corrupt; they think they can make money out of you. We are not there to simply feed any corrupt person‚” he said.

Murray said last week the Pretoria High Court granted the company an urgent interdict barring the councillor and 10 others from protesting and intimating workers on site.

The company’s director‚ Kyriacos Pashio‚ said in court papers Mthobeni demanded that he be put in charge of appointing sub-contractors‚ hiring people and to determine their salaries.

“(Mthobeni) demanded that he be the one to appoint any other personnel such as cleaners‚ construction workers…‚” he said in the affidavit.

Pashio said despite several meetings held with the councillor and his grouping‚ last week workers were held captive on site‚ he was verbally attacked on site and people’s lives were threatened‚ hence they appealed to the court to intervene.

Mthobeni denied allegations of corruption and said he was asked by residents to intervene and fight for their rights as they thought he was involved in the development.

“I explained that I knew nothing about the development and they requested me to take their demands to Safari. People want to be involved in the development as general workers‚ as sub-contractors for skills transfer. We do not know the community liaison officer‚ we do not know who appointed the safety officer or people manning the labour desk. The community is not represented‚ the end-users of the mall. This is what I presented to the developer‚” he said.

Ntsaki Chauke‚ 35‚ said she was angry that the community was fighting with the contractor‚ a private entity‚ but blocked the road to inconvenience other residents.

“This is not fair to other people. We have to drive over rocks‚ bottles and all that. People should learn to direct their anger to the correct people‚” she said.

The developer said more than 300 job opportunities will be created‚ with the mall‚ which will bring the first McDonald’s drive-through to the township‚ expected to be completed in November next year.