Four-year-old murder victim to be buried on Wednesday 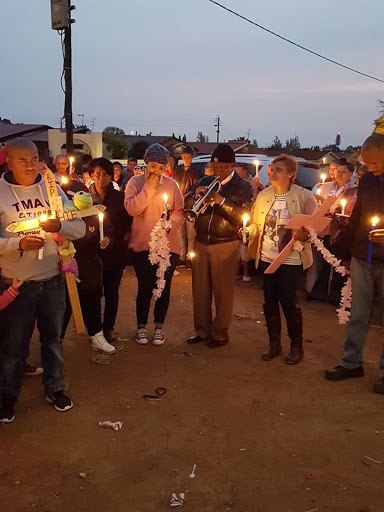 Four-year-old murder victim Shaynice Talla will be laid to rest at the Klipspruit Cemetery on Wednesday morning.

Talla’s lifeless body was found tossed in a drain on a koppie in Eldorado Park‚ Extension 2 in Johannesburg‚ last Wednesday evening. She had been reported missing that afternoon.

A suspect found at the scene had been taken in for questioning. But SAPS spokesperson Captain Kay Makhubele said that the man‚ who the community said the little girl was last seen with‚ had been released from custody.

Makhubele said that there were no new suspects in the case.

Talla’s aunt‚ Nita Mackay‚ said that she did not believe that Talla had been raped.

“When the mortuary van came and took her out the drain there was no blood on her pants.

“When we went to identify her body she still had her pants on‚ she had her panties on‚ even her shoes on. All that we saw wrong was that her head had been smashed in – it looks like with a brick or something.”

Makhubele‚ however‚ said that the autopsy results were yet to be released.

Meanwhile‚ the community of Eldorado Park came out in their numbers on Friday night for the little girl’s memorial.

Young and old led the procession from a park near Talla’s home up to the koppie‚ and to the drain‚ where her small body was discarded.

The community came together in prayer and sang hymns by candle light before leaving them burning next to the place where Talla took her last breath.

The community also vowed to clear the area of trees‚ shrubs and debris in order to prevent criminal activity on the hill.

Community Police Forum Section 2 Chairman Leonardo Green said that the community was at the mercy of drug dealers who had taken over the area from a neighbouring informal settlement.

“These young men come here and have turf wars with the local drug dealers. This community is at the mercy of drug dealers‚ drugs are tearing the community apart.

“And the police do nothing to help us. There is nothing we [CPF] can do. We have two guns between us and a bullet-proof vest. We dare not confront the [drug] dealers.”

Shaynice’s death is not the only tragedy to have taken place in the Talla family. Seventeen years ago‚ almost to the day that Talla’s body was found‚ her cousin‚ Makayla Lee‚ then six years old‚ was found brutally raped and murdered on the very same hill.

*The funeral will start at 8am at 3106 6 Belaleberg St Extension 2‚ Eldorado Park.

The service will be held at the Body of Christ Church.