WATCH: Porsche driver goes berserk in a fit of road rage in Joburg 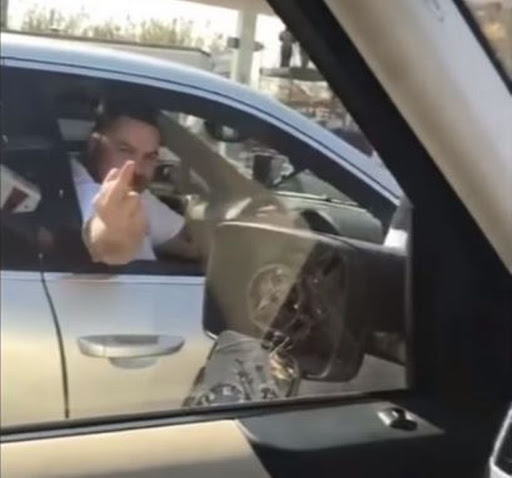 A Porsche driver has become an overnight celebrity for all the wrong reasons – a vicious road rage attack on a fellow motorist in Johannesburg.

Unconfirmed reports on social media said the victim was a pensioner.

Undated CCTV footage has surfaced of the incident on London Road after the two were reportedly involved in a minor car accident.

The man‚ later identified as a company MD on social media‚ punches and kicks the door of the pensioner’s vehicle repeatedly and shoves a bystander away before continuing to vandalise the car.

He then starts punching the sideview mirror before appearing to throw a punch at the driver.

The attacker then moves to the back of the car‚ tears off the back windscreen wiper and opens the passenger door.

In another video‚ filmed from inside the vehicle‚ the attacker is filmed tapping on the window and saying: “I’m going to find you‚ mother f*ck*r”.

The reporter has reached out to the man who vandalised the vehicle to hear his side of the story.