OPINION: From Putin to Zuma to Trump, voters put personality over policy 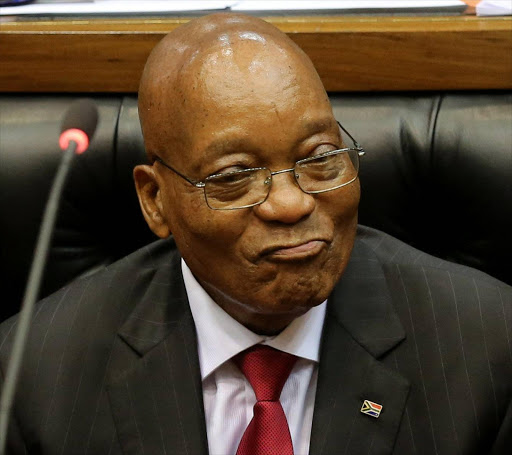 Jacob Zuma, president of South Africa, survived a no-confidence motion in the country’s parliament earlier this week. It was the eighth since he took office eight years ago.

Zuma won the vote by more than a whisker, with 198 votes in his favor, 177 against. But it wasn’t a full-hearted endorsement, and he was wounded by the fact that between 30 and 40 members of his ruling African National Congress ignored party leaders’ expulsion threats and instead chose either to abstain or vote against him in the secret ballot.

Zuma, who was elected president of South Africa in 2009 and re-elected in 2014, is a man with many political lives. Since 1999, he has faced charges of corruption, rape and misuse of public money. The corruption charges, initially dismissed, were revived last year. He was acquitted on the charge of raping a family friend, but has long been ridiculed for saying that he took a shower after sex with the HIV-positive woman to prevent infection.

In March 2016, the country’s highest court ruled that he had violated the constitution by using public money to upgrade his private residential compound, Nkandla, with features such as a cattle enclosure, amphitheatre and swimming pool. He has repaid that money, but other scandals persist and a public watchdog has recommended that he face an inquiry into allegations that he allowed a prominent business family to influence his government appointments.

South Africa is also suffering economically. Earlier this year, Zuma dismissed a respected finance minister; the country’s economy is in recession; unemployment is near 30 percent; poverty among the black majority remains endemic and schools are wretched - in part a legacy of low spending on black education during apartheid, in part a reflection of a continued lack of trained teachers and good schools in black areas.

In spite of all that, Zuma remains a popular figure. There are widespread demonstrations of his support and a strong base of affection for the showman personality reflected in his many marriages, acknowledged affairs and penchant for joking, singing and dancing at public events.

Most of all, Zuma is an example of a growing number of politicians, who, for all their real and alleged offenses before the law and public morality, can count on a base whose members ignore all that.

Another example is Silvio Berlusconi. The former Italian prime minister survived multiple charges of corruption and a scandal of under-age sex, being convicted only once, of tax fraud, for which the punishment was a year’s spell of social work and disqualification from public office for six years.

During his tenures the Italian economy declined, urgent reforms were announced but not carried through and he was virtually shunned by other European leaders by the end of his last premiership. Yet he was prime minister, heading four center-right governments and dominating Italian politics for the better part of 20 years. Now his popularity is again rising as right-wing Italians become increasingly concerned about increasing numbers of migrants landing on Italian shores.

Berlusconi was, for a large slice of the Italian voters, “our” prime minister - and the fact that he was rejected by the left and the liberals increased his attractiveness in their eyes.

In Russia, at best partially democratic, President Vladimir Putin is currently unassailable. Adroit and blanket propaganda on television has posed him as the leader most resolute in the defense of Russian values, strongest against a West seen as threatening, most capable of winning back Russian territory, as in Crimea.

The Russian word “nash,” or “our,” suggests a particularly close relationship. In the political galaxy; Putin has ensured that he is the beneficiary of the emotionally charged affection it suggests. This in spite of pervasive evidence of corruption at the top and vast poverty at the bottom.

In the United States, Donald Trump's upside-down governance has now given the nation its own place in this disparate group. Previous U.S. presidents, even if they campaigned ferociously against the other party, sought to govern collegially, stressing the basic unity of American democracy.

Trump does not seek general acceptance. While his taped comments about grabbing women and groping allegations by others, together with his determination to destroy Barack Obama’s healthcare law at all costs in spite of strong public support for the system, his attacks on the news media, his opposition to current trade pacts and apparent fondness for authoritarian leaders made him a horror for many, he is everything to those for whom he promises an American fortress, walls raised high against the rest of the world. For them, he is fanatically ours.

Where politicians use such a strategy - to be everything, not to all but to a defined group of men and women who repose an irrational and exaggerated trust in the leader, it is at the expense of politics, the economy, clean government, civil society and relations with other states. South Africa, born again after apartheid because Mandela chose inclusion over bitterness, is now suffering that decline. And it is not alone in doing so.

John Lloyd co-founded the Reuters Institute for the Study of Journalism at the University of Oxford. The opinions expressed here are his own.