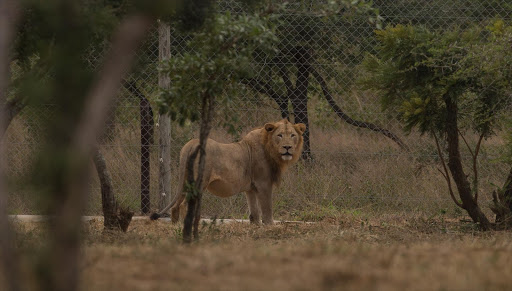 A young lion surveys its new kingdom from a temporary holding boma in the Somkhanda Game Reserve in KwaZulu-Natal. Picture: Supplied

The police in Vaalwater outside Lephalale in Limpopo have launched a manhunt for suspects who killed and dismembered two lions in their enclosure.

They cut the fence and entered the Kwagadans lion enclosure‚ poisoned and killed the two lions during the night‚ police said in a statement on Friday.

“After this killing‚ the mouth and paws of the two lions were removed and one lion’s abdomen was cut open but nothing was taken from it. They then fled the scene.”

Anyone with information which can lead to the arrest of the suspects is asked to contact police.

In June‚ the barbaric killing of two lions in Limpopo created outage around the world. The male South American circus lions were meant to have lived out their lives in peace after being brought to the Emoya sanctuary for big cats last year‚ but instead were found with their heads and paws cut off. Emoya is also in the Vaalwater area.