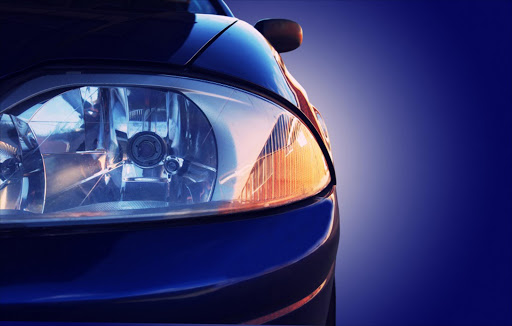 The blood stains in the sand and the tyre marks on the driveway are stark reminders of the tragedy that unfolded at a toddler’s birthday party in Delft on Wednesday.

The party ended abruptly when the children fell silent — a motorist had allegedly lost control of his white bakkie‚ hit a stationery car and crashed into a jumping castle where children were playing.

Annie Samuels said her family was trying to cope with everything that has unfolded at her granddaughter’s third birthday party.

Samuels‚ like many community members‚ are supporting the parents of a five-year-old girl who has been declared brain-dead after the accident.

The birthday girl’s brother broke his arm and is recuperating at home.

The little birthday girl had been looking forward to her party and was very excited at the prospect of spending it with her friends on the jumping castle‚ said her grandmother.

“One parent had three children at the party. One is brain dead‚ her other child is critical and the other one is recuperating well‚” said Samuels.

“I told my daughter that she shouldn’t blame herself because she is the one who had organised the party for her baby girl. No one could predict that things would turn out this way.”

Thea-Liam Ely was playing basketball when the car lost control and sped past him — missing him by centimetres.

“I heard the sound of the cars coming from a distance but didn’t really take note of it. When the car came round the corner I saw that it was driving in the wrong lane and went straight into the jumping castle.”

With a smile on his face‚ Ely recalled how happy all the children were on Wednesday as they played.

“I even jumped on it for a short while‚ as grown as I am. But the next moment it was quiet as the children lay scattered in the driveway‚ no one making a sound. Not even crying. Blood was coming from one child’s head.”

Ely said that the driver and a few female companions‚ who were in the bakkie‚ fled the scene.

Ely said he saw a crate of beer in the vehicle and they smelled of alcohol. One of the male passengers had injured his leg and his neck. He sat on the pavement until an ambulance came.

“My cousin and I tried to chase after them but they outran us‚ but the main concern anyway was to get the children to a hospital. My uncle had phoned the ambulance in the meanwhile‚” said Ely.

A neighbour who was on the scene when the accident happened said she heard the cars revving in the distance. The next moment she heard the crash and saw the children’s bodies flying.

“The sad thing is that we know the perpetrators. They live in the street behind us. How could they do this to the children?” she said.

Police spokesperson‚ Sinathi Joni‚ said they were investigating a case of negligent driving.

“According to information‚ the vehicle smashed into the jumping castle after it had collided with another private vehicle on Eindhoven Avenue in Delft. No arrests have been made at this stage‚’’ said Joni.