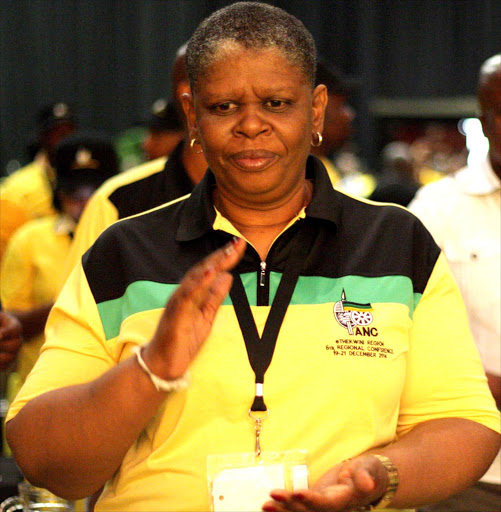 Controversial Durban mayor Zandile Gumede has described those supporting a vote of no confidence against President Jacob Zuma as people ruled by the devil.

Gumede was speaking on Gagasi FM on Tuesday morning ahead of the vote of no confidence in Zuma which will be conducted via a secret ballot in Parliament.

Speaking in Zulu‚ Gumede told listeners: “We want to assure the nation that uBaba uZuma will be addressing a women’s gathering freely tomorrow and the wish of those who are ruled by Satan will never happen.”

She also lashed out at those who called for ANC MPs to vote according to their conscience.

“Some have been saying that the vote must be secret and according to one’s conscience because they are proud that it will do miracles. I was listening to one of the opposition leaders saying his vote is not secret because he wants to vote openly. This is a sign of desperation because it means that he is scared that his members will vote with us because the ANC is a powerful organisation.”

Gumede said the ANC’s eThekwini region had decided that all its wards and zones will be praying “that people have fought for this country.”

“It’s not only about the president but about the ruling party. Zuma will continue leading this country as per the mandate he was given by us suffering people.”

DA KwaZulu-Natal leader Zwakele Mncwango‚ who was also listening to the programme‚ said he was shocked by Gumede’s statement which he regarded as an insult to millions of people who support a motion of a vote of no confidence against Zuma.

“I was listening and I was really shocked to hear the mayor‚ a person who should be regarded as a leader‚ making such a statement‚ saying those who are behind the motion are ruled by the devil.

“It’s an insult to millions of South Africans who have united to sign a petition behind the motion. And now for the leader of eThekwini to say people are devil worshippers is an insult but also proves the arrogance within the ANC.

“But with Zandile‚ you can expect anything‚ she has been collapsing the eThekwini municipality and when people express concerns she has shown arrogance.”

“She was speaking in Zulu to a Zulu speaking audience and a famous Zulu idiom says ‘IsiZulu asitolikwa (you can’t interpret Zulu).”