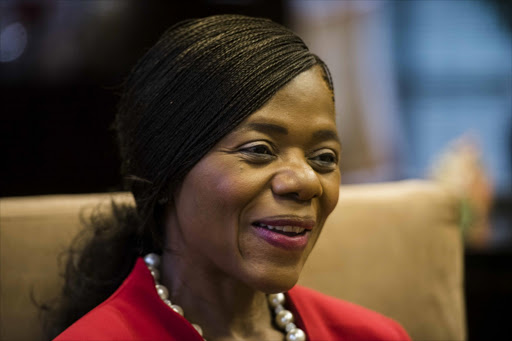 The Public Protector; Thuli Madonsela speaks about Malema's 2009 'food parcels' during an interview on May 05, 2016 in Pretoria, South Africa. (Photo by Gallo Images / Beeld / Alet Pretorius)

Former public protector Thuli Madonsela has called on all those implicated in the leaked Gupta emails to come forward and clear their names.

“I think people should challenge those who are implicated in the so called Gupta leaked emails to provide written sworn statements where they tell us if those [are indeed] their emails or those are not their emails. If those are their emails‚ they must explain themselves then as to why they did what those emails suggest they did‚” said Madonsela.

She was speaking at Nedgroup’s Investments Summit under the theme “Navigating Disruption” in Sandton on Tuesday.

“If they claim that those are not their emails then the next step should be to verify whether or not they are telling the truth because if they are lying‚ then it’s not just the crimes in the emails that are going to matter but the act of perjury is also going to be held against them‚” said Madonsela.

The emails also reveal that confidential State Security Agency correspondence was sent to the Guptas and that board members of some state-owned enterprises illegally shared information with the family‚ who are close associates with Zuma.

“… let’s find a way to make sure that the people who are mentioned in the emails are held to account‚” said Madonsela who will be in the country for the next two weeks before heading back to Harvard University in Boston in the US where she will continue focusing on social justice‚ reducing poverty and equality while fostering social cohesion.

The African National Congress has called on government to establish the veracity of the emails‚ saying reports on the matter contain alarming claims about the nature of the relationship between government and private interests.