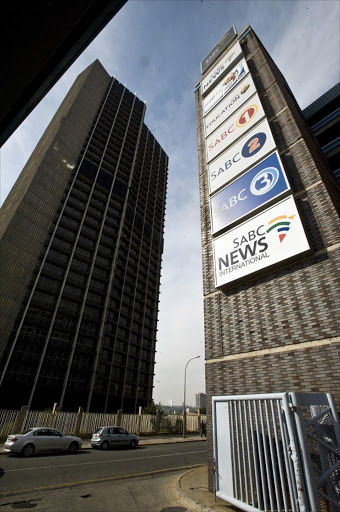 SABC is accused of ripping off local actors whose dramas are appearing on its retro reruns channel Encore.

Actors were paid much less than what they earned when they featured in those SABC commissioned drama series over 10 or 20 years ago.

The SABC has pledged to pay actors R92 per episode in the reruns. But again that is the deal for the the four main actors in each drama while the rest lose out.

Tshepo Nzimande, who appeared in two seasons of Hlala Kwabafileyo, is one of the actors crying foul. Other lead actors in the drama included Ruth Cele and Daphney Hlomuka, who are both late, and Don Mlangeni Nawa. Nzimande said when filming he was paid R1300 per call, and that the R92 per episode SABC was offering was unacceptable.

In a document that Sowetan has seen, the SABC is prepared to pay only four actors in Hlala Kwabafileyo. And they would have to share 2% of royalties, which amounts to R4783.89.

President of Creative Workers Union of SA "Kid" Sithole said exploitation of actors was a serious problem. He said they were not aware that actors were being paid a pittance.

"We will sit down and look at the matter as a union. But it will assist all of us as actors to fight this cause together."

When the channel Encore was launched in 2015, sacked SABC COO Hlaudi Motsoeneng had promised actors that they would be paid.

He said at the time: "Some of those actors are going to benefit. We are going to pay them royalties [residuals]."

SABC spokesman Kaizer Kganyago said Encore was licensed to MultiChoice, and as such it was classified as "Exploitation" and not "Repeat".

"In both Repeat Fees and Exploitation Fees, under the agreements entered into with PAWE (Performing Arts Workers' Equity), the SABC will pay principal actors."