Malema tells leaders to go back to school 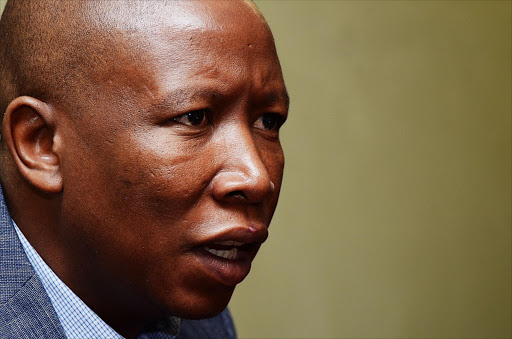 No South African will trust an uneducated leader after President Jacob Zuma.

This has led to EFF leader Julius Malema and his party executives pushing that all their leaders should further their studies.

Zuma does not have a formal education and corruption became rampant under his presidency.

Malema, who was once mocked after his poor matric results were widely circulated, said while they focused on building the party, they all agreed education was important and pushed for leaders to be in stable family structures.

ALSO READ:EFF 'ready to work' with the ANC

He recalled how his results attracted attention because he had failed woodwork.

"I have to explain that when I did my matric, I was elected president of Cosas [Congress of South African Students] . I left school in Limpopo, moved to Johannesburg and never attended a single class.

"During exam time, I just went to write and passed with an S. Some attended classes every day and they failed."

He said he had also passed his junior degree and would soon graduate with his honours without being in class.

"I now want to enroll for my masters at Wits and for the first time I will have a teacher standing in front of me," he said.

Malema, who was preparing to leave for KwaZulu-Natal ahead of his party's fourth anniversary rally on Saturday, said most of his party's MPs were unavailable to campaign in the province.

"We realised they are all writing exams and this is a good problem to have.

"We have all given ourselves [the target] that in five years we should have developed personally."

Malema said they had taken their rally to KZN because it was one of the provinces where they performed badly during local government elections.

"It is not easy to mobilise in that province. But we have seen that if we put more effort we can turn things around.

"It was through our efforts while in the ANC that it won some areas, so I have the same attitude," he said.

"Some said the lifespan of EFF is going to be [a] short one but we are going to be around for a long time. I believe in power of persuasion and we are winning the trust of many."