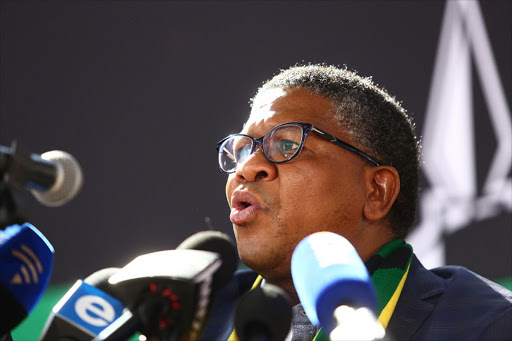 The Minister of Police has noted an appeal to the Constitutional Court against a High Court judgment‚ which declared that Sections 24 and 28 of the Firearms Control Act were unconstitutional.

The sections dealt with the constitutionality of the actions by the police and the Central Firearm Registry regarding the renewal of firearm licences.

The constitutional challenge in the High Court in Pretoria was brought by the South African Hunters and Game Conservation Association.

It follows an instruction in February 2016 by then acting police commissioner Khomotso Phahlane that stations should not accept any late renewal applications for firearm licences.

In addition‚ Phahlane said police had to inform applicants for renewals that they were in illegal possession of a firearm and should surrender their firearms at their nearest police station.

Section 24 states that a person who wanted to renew their firearm licence must do so 90 days before the licence expires.

Before the directive‚ applicants for renewals could bring the applications even less than 90 days before the renewal and their licences would be renewed.

The High Court said the difficulty that arose from section 24 was that if a person failed to apply for a renewal at least 90 days before expiry‚ there was no provision in the Act that permitted bringing oneself back within the parameters of the law.

“This then leads to the result that one is in unlawful possession of a firearm‚ with no means to rectify the position‚” Judge Ronel Tolmay said in a judgment passed on July 4.

In a notice to appeal filed on July 6‚ the minister of police said Tolmay erred in not finding that the complaints of the association about the implementation of the Act could not give rise to the invalidity of the Act.

The minister said the proper remedy was to apply for judicial review of the offending administrative action.

The minister said the judge ought to have found that a forfeiture of a firearm as a result of failure to comply with the Act was not a deprivation.

It is estimated that 190 000 firearm licences have expired since 2011‚ with no renewal applications being submitted.

Association CEO Fred Camphor said most of these firearm owners simply forgot to renew their licences.

Camphor said on Tuesday it was now up to the Chief Justice to issue directives on how the matter had to be dealt with.