Police looking for other suspects in Thembisile Yende murder 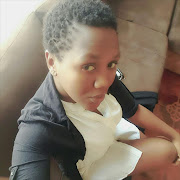 The case against a man accused of killing Eskom employee Thembisile Yende‚ 30‚ has been postponed for further investigation.

David Ngwenya‚ 44‚ on Monday briefly appeared in the Springs Magistrate’s Court‚ where he faces murder charges for allegedly killing Yende and dumping her lifeless body at the Pieterboth substation.

The court also heard Ngwenya needed a new lawyer since he has fired his previous one.

“We are also still looking for other outstanding suspects in the matter and we believe very soon we will make arrests‚” he said.

Outside the court a group of men and women chanted slogans while some shouted that Ngwenya must rot in jail.

The case was postponed to September 18.