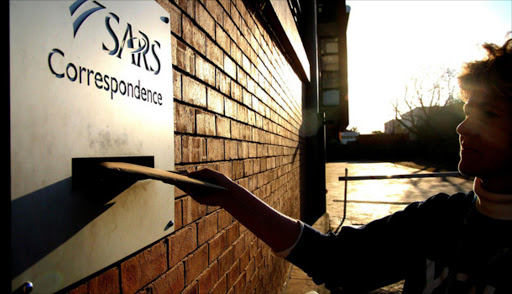 The South African Revenue Service (SARS) is spying on its staff's e-mails to catch any that are sent to media organisations.

The blanket monitoring that has happened for over a year includes computers, cellphones and the transmission of e-mails, SMSes and WhatsApp messages, and is conducted by a specialised team within the SARS IT department.

The monitors were tasked with looking for and flagging staff e-mails that contain certain keywords and which were sent to the e-mail domains of several media houses.

Among those domains were the email addresses of the Tiso Blackstar Group, owners of The Times, Sunday Times and the online publications, TimesLIVE and BusinessLIVE.

Mysteriously, according to documents seen by The Times, media houses whose e-mail addresses were not monitored were those belonging to the embattled Gupta family.

These include The New Age and ANN7. The monitoring, SARS sources claimed, was on instruction of senior management.

SARS spokesman Sandile Memela said the monitoring fell within the bounds of the organisation's policies, but staff representatives felt the monitoring went too far.

Khaya Xaba , spokesman for the National Education, Health and Allied Workers' Union, one of two unions that represent SARS employees, said they were opposed to any "illegal" acts or the unwarranted monitoring of employees' e-mails.

"This is an invasion of privacy. While we appreciate that members signed a secrecy oath, that does not give SARS the authority to invade our members' privacy."

Privacy and labour lawyers said while monitoring is allowed, it calls into question how far companies can go in terms of monitoring staff, their work and private equipment and why only -emails to certain media houses are monitored and not others.

A SARS source, who revealed the existence of the monitoring, said it had destroyed staff morale.

"Some of us who wish to blow the whistle here cannot do so. We do not trust the police because they will simply go to management and expose us. So what do we do? We cannot even send e-mails to the media."

The source said since the monitoring began some staff had been "called in" to explain certain e-mails.

Memela said: "SARS is mandated by our policies and other national legislation to ensure that taxpayer information is always protected and secured.

"SARS deals with sensitive taxpayer and trader information. This is a responsibility which we treat with great care. This is manifested in strict security controls and protocols."

He said the SARS Acceptable Usage Policy was not a new development, and had been in place for years and was part of the revenue service's response to "cyber security challenges".

He said SARS had a whistle-blower policy in place that ensured employees reporting corruption were protected from any reprisals.

Kenneth Coster, of Webber Wentzel attorneys, said provided an employee had acknowledged that their e-mails might be monitored, an employer was permitted to do so.