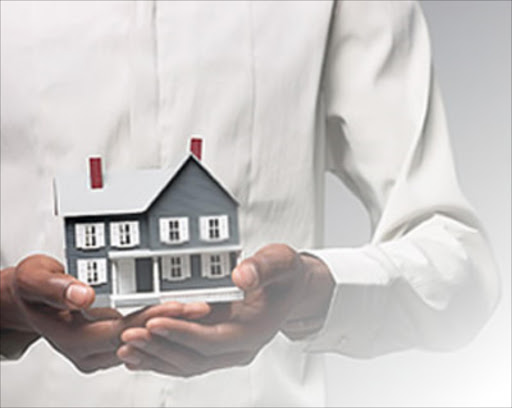 Call it buyer’s remorse if you will but a Johannesburg man who bought a Katlehong house on auction is now trying to raise funds to ensure it stays with its current owner – an elderly pensioner possibly in her 80s.

For Jacob Moeketsi Matabane‚ buying the property on auction seemed like a bargain hunter’s dream but he got more than what he bargained for when he arrived at the house he had just bought only to find an elderly woman and young boy sitting outside the house.

He could not bring himself to tell them that they had lost their home and that he was the new owner.

“I bought the house on auction. It was a ‘blind buy’. When I parked at the house I saw an old lady as well as a young boy‚ not older than 11 standing outside‚” said Matabane.

“When I was a young boy‚ my parents divorced and I was then raised by my great grandmother. I saw myself when I saw this young boy and I thought what would have happened had we been kicked out of our home‚” Matabane said.

He explained how the elderly woman walked to the gate to enquire about her unexpected visitor when she saw Matabane park outside her yard.

“When I saw her‚ I just couldn’t do it [carry on with the sale] so I told her that I wanted to help her to keep the house and get it registered under her name.”

At this point‚ Matabane had already bought the one-bedroom home for R60‚000.

Bidding had started at R1‚000. Upon adding sheriff fees‚ outstanding municipal fees of about R9‚000 and transfer costs‚ the property was to cost him around R90‚000.

Matabane took to Facebook where he pleaded with community members to assist him in raising funds to purchase the house for the old woman.

“I plead with you Forex traders‚ hustlers‚ business people‚ religious people and politicians. Let’s buy it for her for the pleasure of God (sic)‚“ he wrote on the Facebook post.

Within hours‚ his post had received numerous comments with some people pledging to donate funds towards the purchase.

“I don’t want the money in my bank account though. I want this to be all formalised‚” he said.

Others however‚ questioned why Matabane did not simply continue with the sale and allow the old woman and the child to reside there for free.

“I can’t because the money that I have is to invest‚ sell and get profit‚” he responded to one Facebook user.

He was in contact with an official from the Human Settlements department who said she would enquire whether Minister Lindiwe Sisulu could intervene.

“After leaving‚ the house‚ I went back to sheriff’s office to ask what would happen if I cancel the sale but I was told that it would be brought back to auction and someone else‚ who may not be so understanding‚ may buy it.”

According to Maponya Attorneys who are handling the sale‚ Matabane had until August 3 to provide the balance on the house otherwise an application would be made to the bank to cancel the sale.

It was not immediately clear whether the old woman and the boy lived with any other people in the house.

After their first encounter on Friday‚ Matabane was to meet up with them on Monday afternoon to further engage them on his plans.