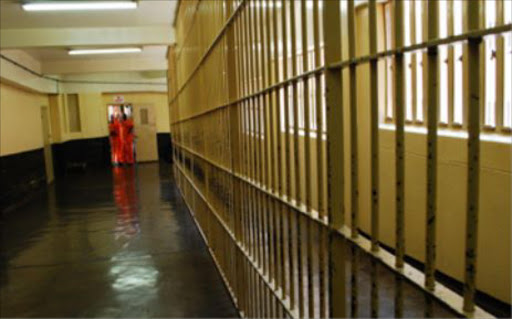 Justice and Correctional Services Minister Michael Masutha has revealed that nearly 12000 foreign nationals are in SA prisons for criminal offences ranging from murder, rape and crimes against the safety of the state.

Masutha disclosed the figures in response to parliamentary questions by Freedom Front Plus MP Pieter Groenewald. Groenewald asked for the total number of foreign nationals in prison but also requested figures on jailed Zimbabweans and Mozambicans.

Masutha said the annual cost of taking care of each prisoner in the country is R133805 a year, which amounts to R1.6-billion annually for the 11842 foreign nationals behind bars.

For rape, there are 186 Zimbabweans and 213 Mozambicans imprisoned.

Yesterday, department spokesman Logan Maistry said as of July 4 there were a total number of 158 111 prisoners, including the foreigners, in the 243 jails across the country. Out of that 40 823 were awaiting trial prisoners.

"The moment you want to give crime a nation or race is stoking xenophobic flames.

"There is no basis to question what nationality is imprisoned, which prison and for what crime," said Shumba.

He added that the challenges confronting South Africa were dealing with regularisation of people within its borders and ensuring that everyone was documented. According to Shumba, poverty and socio-economic deprivation must be dealt with and that crime cannot be fought by stigmatising an already vulnerable group.

He said foreign nationals made up a "hugely small" percentage of prisoners in South African jails.

The African Diaspora Forum said it needed time to study the numbers provided by Masutha and compare them with theirs. It said some South African citizens were counted as foreigners. Masutha also revealed that nearly 200 inmates were awaiting trial for "crimes against the safety of the state".