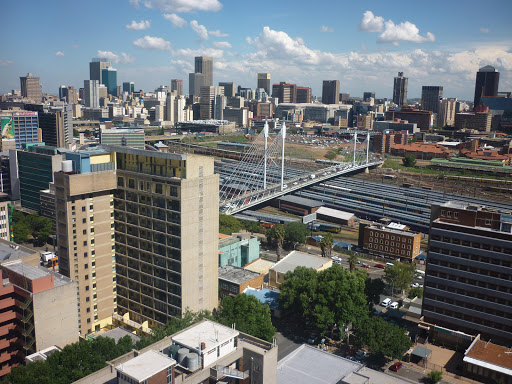 The degradation of the inner city of Johannesburg has been a headache for city managers for at least 15 years as many buildings – some estimate it as “hundreds” — have been taken over by criminals from absentee owners‚ or those who have just given up on earning rentals off their assets.

These apartment blocks are occupied by the indigent who pay rentals to an enforcer collecting money illegally — without delivering any services‚ which often have been disconnected prior to them moving in.

Some of the “hijacked buildings” have been turned into havens for prostitution and drug abuse.

Businessman Herman Mashaba identified the problem as a key priority of his office soon after he was elected Johannesburg’s executive mayor‚ stating he planned to take drastic measures to restore law and order in the inner city.

His predecessor‚ Parks Tau‚ also tried to get the inner city revived but his administration did not win the battle to reclaim the CBD.

He has been holding meetings with property developers and owners to present his vision to revive the inner city. He has also scheduled meetings between himself‚ the city’s legal department and top lawyers in the country to deal with litigation the city is likely to encounter in its path.

Mashaba wants the private sector to invest in the inner city and create clean living spaces‚ which will encourage businesses to return.

“The infrastructure is already there. You have roads and electricity. I do not need massive investment.

“I am not doing this because I’m heartless … but at the same time there is no way that anyone would expect me to allow criminals to hijack my country‚” he told TMG Digital in 2016.

He added: “This inner-city revival for me is a key priority of my government for the next five years.”

In June this year‚ the mayor announced that he had been pushing ahead with the plan — and that more than 70 inner city buildings had been identified for development.

In an interview after the Democratic Alliance-led coalition government passed a R55.9 billion budget‚ Mashaba told Business Day he would announce his plans for the buildings in the next two months.

The project would be driven from the mayor’s office and the plan was to provide long-term rentals‚ he said.

If he did not take over the inner city and provide affordable housing‚ he would be unable to reduce the 300‚000 housing backlog in the country’s economic hub‚ Mashaba said.

“We cannot afford a situation where I have a good building and next door I have a building that is not taken care of and they owe us as a city‚” Mashaba told Business Day.

Mashaba’s plans comes amid criticism that the Gauteng provincial government has slashed the city’s housing top structures grant. The city received R411 million for housing in 2016-17‚ which was later reduced to R345 million in the adjustment budget. In the 2017-18 budget‚ R145 million was allocated to housing‚ with which only about a thousand units can be built.

Jeffrey Wapnick‚ MD of Octodec‚ said it was encouraging to hear the council might be looking to partner with the private sector on this – while flagging the need for safety first.

He said that in addressing the need for housing‚ “we must ensure that the minimum standards of living are upheld to protect residents“.

Just this month‚ Mashaba led a crime prevention operation in the city centre — at Vannin Court and Florence House — which he described as two well-known hijacked buildings.

“Hijacked buildings are a major problem in our inner city‚ with our people living in deplorable conditions and being abused by slumlords who extort money from them.

“At Vannin Court‚ a City of Joburg owned building‚ it was found that the occupiers are renting beds in the units from ‘owners’ for amounts ranging from R250 to R1‚200 per person‚” Mashaba said.

Mashaba said operation focused on collecting data on the occupants living in the buildings‚ including sex‚ age and employment status. “Once we are able to find alternative accommodation for the occupants‚ we will be able to close off the buildings.

“I want to see rundown buildings turned into quality low cost housing for our residents and affordable rental spaces for small businesses.

“There has been a historic failure in our City to deal with hijacked buildings. We are committed to ensuring that we stop the rot in our inner city‚” he pledged.