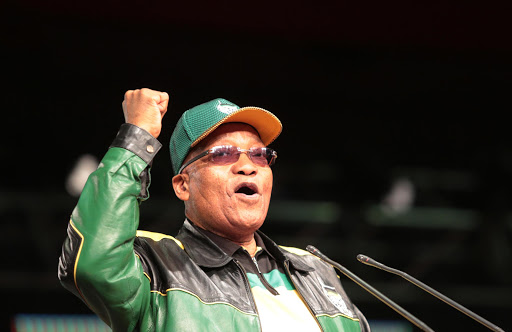 President Jacob Zuma’s alleged corrupt activities are the biggest concerns for many living in the small farming town of Grabouw in the Western Cape.

Situated in the Theewaterskloof Municipality‚ which has been under DA rule for the past three municipal terms‚ the area has been dogged by violent service delivery strikes with backyard dwellers demanding land and housing. A new informal settlement has been named Siyanyanzela‚ an isiXhosa word meaning: doing things by force.

One of Siyanyanzela’s residents‚ Duma Mavondo‚ is originally from the rural town of Elliotdale in the former Transkei. He does not like Zuma at all.

“We wanted freedom but we don’t really have it here [in Grabouw] and he doesn’t come here. All we hear is that he is corrupt. We are still interested on how he built Nkandla‚” he said.

Despite this Mavondo said he would still vote for a Zuma-led ANC because he doesn’t want the party to lose power.

Three shack rows away from Mavondo‚ Mathetse Pepenene‚ a 27-year-old‚ was rinsing her clothes under a makeshift communal tap. She has a different view.

“People love Zuma‚ a lot of people love him. I love him [because] he has done a lot for us‚” said Pepenene.

Naniwe Saki‚ 63‚ said she too doesn’t have a problem with Zuma: “As long as I am getting my old age grant money. I hear about corruption but that doesn’t affect me.”

But farm worker Ralph Wilson believes it is time for change.

“It’s time for him to go ...he is messing up the whole country‚ man‚” said Wilson.

Another farmworker‚ William Ruiters‚ said both Zuma and the ANC are no good. Neither are dealing with the issues related to farmworkers‚ yet they show up during election time to garner votes.

Jacob Olyn believes Zuma only looks after himself and not the people of South Africa.

In his opinion Nelson Mandela was a hero and South Africa’s best president.