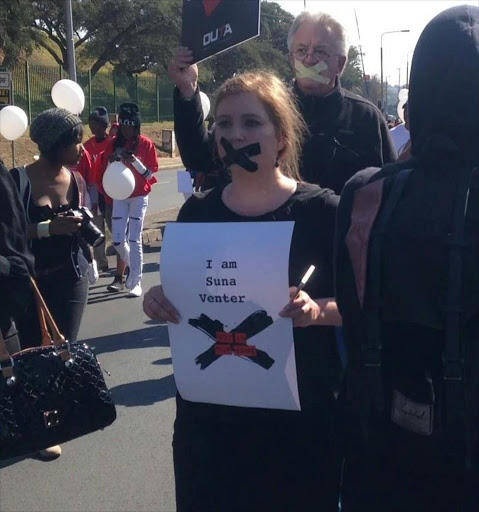 Tributes have been pouring in for senior SABC current affairs producer Suna Venter who died at home on Thursday morning. Venter was one of the so-called SABC 8 who spoke out against the unlawful interferences and editorial policy changes at the public broadcaster.

Democratic Alliance spokesperson on communications Phumzile Van Damme said Venter had fought for the freedom‚ transparency and independence of the media.

“We note from the statement released by her family today that Venter was recently diagnosed with stress cardiomyopathy‚ and that those closest to her believed her condition was exacerbated‚ if not caused‚ by the events of the past year.

“She was fearless in her fight‚ despite suffering undue threats‚ trauma and victimisation. In the past year Suna was shot in the face with a pellet gun‚ received threatening messages and was assaulted on three different occasions‚” Van Damme said.

“The DA will be following up with the SAPS‚ as shockingly no arrests have been made‚ despite it being obvious who was responsible for all her suffering‚” Van Damme added.

The South African Broadcasting Corporation (SABC) Interim Board expressed its shock at the news of Venter’s sudden death.

“Ms Suna Venter was a principled journalist who brought pride to journalism for standing up for ethical journalistic principles in the face of attempts to subvert these principles. Her life and her stand should bring pride to all her colleagues inside and outside the SABC‚” the board said in a statement.