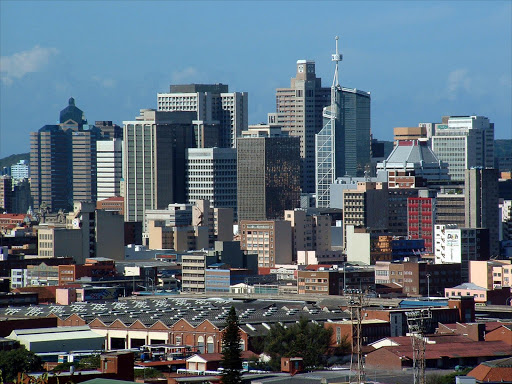 eThekwini metro police had to form a human shield to prevent protesters from gaining entry to the Durban city hall on Monday as they clamoured to hand over a memorandum to mayor Zandile Gumede.

Abahlali baseMjondolo members marched to the building calling for an end to violent and brutal evictions.

However‚ the shack dwellers became agitated when they learned that the mayor wasn’t available to receive their memorandum.

General secretary Thapelo Mohapi said: “This is a legal strike. We informed all the parties that we intended to hand over a memorandum to the mayor or at least a legal representative. Now we hear that there is no one to accept it. Our people can’t continue to be treated in this manner.”

The protesters shouted “vula” (open) repeatedly to both SAPS and metro police who stood firmly in front of the doors‚ while organisers tried to arrange for a municipality representative to address them.

The shack dwellers said Gumede had met with them in the past to address some of their concerns and she had committed to work and engage meaningfully with them‚ and even promised to provide 10‚000 blankets to the elderly for winter. However after a protest‚ only 250 blankets were distributed by the city.

Police spokesman Captain Nqobile Gwala said a group of about 500 people participated in the march.

“No incidents were reported‚ it was a peaceful march. Police are at the scene to monitor the situation.”