Ramaphosa: SA not in a good place 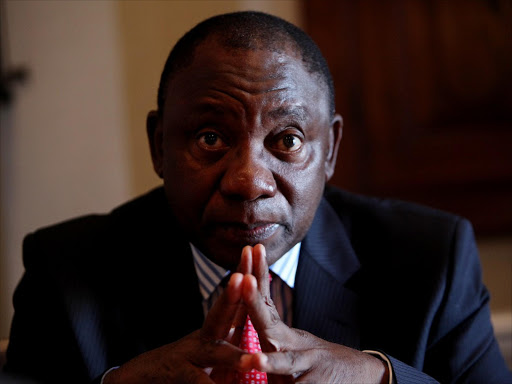 South Africa and the ANC are not in a “good place”‚ Deputy President Cyril Ramaphosa has conceded.

Ramaphosa‚ who is in the running to be the ANC’s next president in December‚ was addressing the party’s Western Cape provincial policy conference in Stellenbosch on Sunday.

Members of the Western Cape ANC gathered in preparation for the party’s national policy conference which takes place in Johannesburg later this month.

The conference was also attended by NEC members Pallo Jordan and Derek Hanekom.

Ramaphosa‚ who was warmly welcomed by delegates‚ also had words for those who are “behaving badly” in the party saying their actions don’t just affect them and their families‚ but the entire country.

Without mentioning the Gupta family by name‚ Ramaphosa said radical economic transformation should not benefit just a few families.

“We have a lot of resources. It is because you have the wrong people in a number of positions.

“Radical economic transformation should lead to inclusive growth and does not lead to the enrichment of just a few or certain families in South Africa‚” said Ramaphosa.

He said leaders who go around doing “wrong things” impact the whole country.

“You are not behaving badly for just you and your family‚ you are affecting the people of South Africa‚” said Ramaphosa to applause.

He said the ANC did not exist for itself alone.

He said when the party implements its policies‚ it must always bear in mind “that we are doing this for the people of this country”.

On recent junk status and the economy‚ Ramaphosa said the country needed policies that would address these.

“Where we are now with the various challenges our movement faces‚ the various challenges that our country faces‚ the economic challenges‚ the junk status that we are in now‚ the economic recession that we are in now‚ they must then say we must come out with practical workable policies that will bring radical and fundamental changes in the lives of the most vulnerable and poorest of the poorest‚” said Ramaphosa.