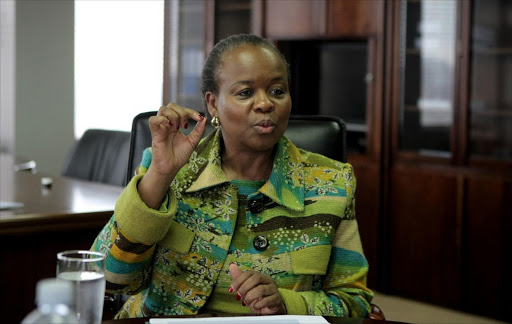 Five corpses held at the Diepkloof Pathology Services Centre in Soweto have been released to their families after the intervention of Gauteng MEC for Health Dr Gwen Ramokgopa.

Ramakgopa visited the centre on Friday where a go-slow by forensic pathology officers is in progress to to intercede for the autopsies to be done before bodies could be released to their families.

“This was done with the interest of families that came from as far as KZN‚ Limpopo‚ and Lesotho who had already arranged for transportation of their loved ones to their respective homes for burial this weekend‚” Ramokgopa’s spokesperson‚ Khutso Rabothata‚ said.

“Forensic Pathologists working at the facility were later requested to conduct autopsies after lengthy negotiations with Forensic Pathology Officers‚ who were on a go-slow in a bid to register their concerns‚ were unsuccessful. View autopsies were done on five bodies that were released to their respective families‚” Rabothata added.

Rabothata said the Gauteng Department of Health had noted concerns of the forensic pathology officers which ranged from danger allowances‚ salary notches; and recognition of prior learning and technical skill‚ and considered them to be legitimate.

“These concerns are not only distressing employees at the Diepkloof Forensic Pathology Services Center and corrective efforts are being explored on national level. The Acting Head of the Gauteng Department of Health has been committed to meet the Forensic Pathology Officers on Monday to tackle these concerns.

“The Department is committed to resolving these concerns without delay and also reassure to restore trust in all employees of the Forensic Pathology Services in Gauteng and commits to work closely with them until this process is complete. Moreover‚ the Department wish to express sincere gratitude to the families who waited unwearyingly for the release of their beloved ones whilst negotiations between the Department and employees were taking place‚” Rabothata stated.