The ANCYL is being used as henchmen: Mantashe 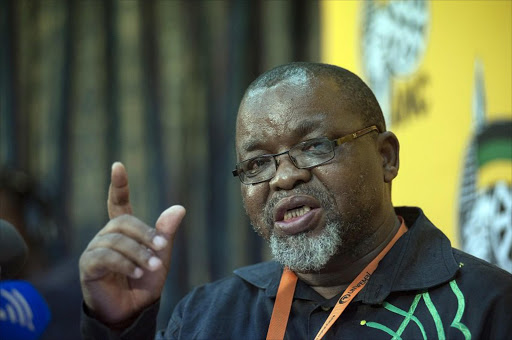 The ANC Youth League has come under fire from the party’s secretary general‚ Gwede Mantashe‚ for being “henchmen” unleashed on individual cadres of the movement and for creating imaginary enemies.

He said this had become the trademark of the ANCYL‚ saying having a structure like this was as good as having no such a structure at all.

Mantashe said the role played by the ruling party’s youth league did not fit with the approach of the ANC.

“...our own youth league has decided to be henchman who get unleashed into individual comrades. Now you see when you have a structure like that you must actually appreciate that you are almost having no structure. Because that structure is not going to play its rightful role. It will be henchman used to be unleashed on individual candidates and create enemies that do not exist‚” he said.

Mantashe was speaking at the first day of the National Union of Mineworker’s two-day central committee meeting in Pretoria on Thursday.

He said he had listened to the Youth League at the weekend‚ tried to call and engage them but said he had decided to keep quiet.

“I think they have been told that their project is (deputy president Cyril) Ramaphosa and (former finance minister) Pravin (Gordhan). Those are not their enemies‚ those are not enemies of the revolution‚” he said.

Mantashe said the ANC Youth League was doing the same thing it did to former president Thabo Mbeki‚ Kgalema Motlathe and to himself‚ many times.

“It becomes their trademark‚ to be henchman unleashed on individual cadres of the movement and my own view comrade is that this is not going to be helpful either. We will deal with that internally‚” he said.

Gordhan and Ramaphosa have recently come under repeated attack from the ANC Youth League‚ with its president‚ Collen Maine‚ labelling Gordhan “Impimpi” (a term used to describe an apartheid informant) and of hampering transformation.

In January‚ the ANCYL accused both Ramaphosa and Gordhan of trying to collapse South African Airways so that a company linked to him would benefit financially.

In March the ANCYL‚ which is seen to be supporting Nkosazana Dlamini-Zuma’s candidacy‚ reportedly attacked Ramaphosa and called on him to stop contesting for the ruling party’s top job in the party’s December elective congress through media platforms.