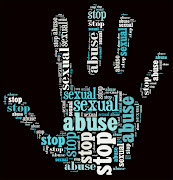 More than R500‚000 is spent monthly on security at the Lenasia South Community Health Centre where an 18-year-old woman was raped in the toilets on Wednesday‚ the Democratic Alliance says.

The DA’s Jack Bloom‚ who is the party’s Shadow Minister of Health said in reply to questions he posed in the Gauteng Legislature several weeks ago‚ he had been informed that the clinic spent almost R6-million on security alone last year.

“It is quite a big facility with more than one building and obviously this means there are more security guards and cameras all over. It should be high tech‚” Bloom told Times Media.

“But we should know what it is we are paying for‚” said Bloom.

Despite the seemingly tight security at the clinic‚ the man who allegedly raped the teenage girl on Wednesday managed to get away.

The woman had gone to the facility with her sister.

“She went to the toilet and was raped by an unknown man inside there‚” said Lieutenant-Colonel Kay Makhubela.

The Gauteng Health department was probing the incident.

Spokesman Prince Hamnca said a team had been sent to the facility.

“There are security officers on the premises and there is CCTV surveillance there but we will need to look into to see if there is a need to beef up security. That will happen if we find any loopholes or gaps‚” Hamnca said.

Meanwhile‚ police were still searching for clues which could lead to an arrest.

“There are no developments‚” Makhubela told TimesLIVE on Thursday afternoon.