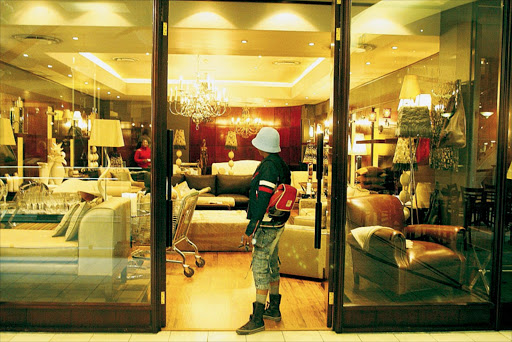 “We’re extremely disappointed‚ and we’re going to fight this with all we have.”

That was National Credit Regulator (NCR) senior legal advisor Nthupang Magolego’s response to the news that the National Consumer Tribunal had dismissed the regulator’s case against Lewis Stores for offering its customers extended warranties and club membership‚ for extra fees‚ pushing up the cost of buying furniture on credit.

Two of the three Tribunal members were of the view that because the fees for the extended warranty — overlapping the furniture’s manufacturer warranty — and the club membership were reflected by Lewis in a separate “statement of account” rather than being included in the credit agreement itself — as is the case with Edcon’s club fee — it was not a contravention of the National Credit Act.

The NCR is appealing the Tribunal’s judgment.

“Lewis was smart enough not to put those fees into the credit agreement itself‚ but rather into a separate document they called a statement of account‚ but the impact on the consumer was the same‚” said Magolego.

Consumer’s instalments due every month incorporated the extra fees‚ and most did not realise that they could choose not to pay the club fee by cancelling their club membership‚ Magolego said.

“And if they don’t pay‚ they are listed for the entire amount‚ including the fees‚” she said.

“During the hearing Lewis submitted no credible evidence to show that the ‘statement of account’ was a separate contract.”

The NCR does not support credit retailers charging consumers a club fee on credit agreements or under any supplementary agreements or documents‚ as it increases the cost of credit.

South Africa’s biggest non-food retailer‚ Edcon‚ was last month found guilty of charging hundreds of thousands‚ if not millions‚ to account-holders in an illegal fee for the past decade‚ a ruling which the company has since appealed.

And last week the NCR announced that it had referred Mr Price Group Limited to the Tribunal following an investigation which revealed that it too had been charging consumers a club fee on credit agreements.

The NCR is asking the Tribunal to do what it did in the Edcon case — order Mr Price to refund the affected consumers the club fees charged. It wants Mr Price to conduct an independent audit into its loan book to determine the number of consumers to be refunded.

It also wants Mr Price to be prevented from charging consumers a club fee on credit agreements and to impose an appropriate administrative fine on Mr Price.