Being black in a white skin: students with albinism battle prejudice 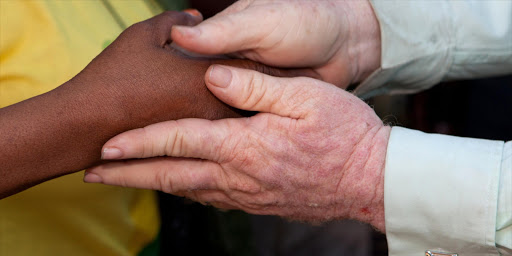 Myths and stereotypes about albinism abound. People with the condition are called derogatory names, like inkawu – the Nguni term for white baboon – and isishawa, a Zulu word for a person who is cursed. They are stared at, and must field ignorant questions.

Albinism is a word derived from the Latin albus, meaning white. It’s a genetically inherited condition where a shortage of melanin pigment affects the eyes, hair and skin. Most people with albinism tend to have light hair, skin and eyes – but their other facial features and hair texture resemble those of Africans. They are usually born into black African families.

This means people with albinism tend to identify with the black rather than the white community. Their physical differences, though, mean they don’t fit into either the black or white race groups. I worked with two other researchers, Relebohile Phatoli and Nontembeko Bila, to try and understand the experience and contradiction of being a black person in a white skin in post-apartheid South Africa.

People with albinism often battle poor vision and blindness because of their condition. The students we interviewed struggled to keep up in lectures because they couldn’t see the board properly.

There were other struggles, too. Our findings confirmed the lack of knowledge about albinism, as well as stigma, “othering” – to separate “them” from “us” – and discrimination in relation to people with this condition.

About one out of every 4000 South Africans is living with albinism. Although the dangers aren’t as great in South Africa as for those in countries such as Tanzania, Kenya and Zimbabwe, people with albinism still struggle with stigma and discrimination.

Our aim was to explore the beliefs and practices regarding albinism within a South African university. What we found exposed the sort of discrimination and “othering” that people with albinism experience.

One of the students with albinism said:

Honestly, I think albinism is a curse because people always stare at me, talk about me behind my back and also make very nasty remarks when I pass, saying that I do not know that my father is not black but is a white person and that is why I look the way I do.

This type of comment highlights the intersection of race, colour and gender in the social construction of such beliefs.

A student without albinism believed that albinos

Such forms of stigma have far-reaching psychopathological ramifications, such as self-exclusion from services, alienation and social withdrawal, loss of identity, poor self-image, depression and anxiety.

Stereotypes also dramatically affected the way people without albinism interacted with people with albinism. This in turn influenced how people with albinism viewed themselves. One student with the condition remarked: “I always have to prove myself, work extra hard and put in more effort into everything so that people can see me as ‘normal’.”

Isolation was another problem for students with albinism. They preferred to exclude themselves from the rest of the student population to avoid being judged or experiencing discrimination.

So what are the lessons that can be learned from this research? How can young South Africans learn more about albinism and start breaking down the myths around it?

We recommend that schools provide knowledge and awareness programmes about the condition of albinism in the Life Orientation curriculum. Life Orientation is the holistic study of the self in relation to others and to society and focuses on the personal, social, intellectual, emotional, spiritual and physical growth of learners. This subject is usually offered in the last three years of high school.

Universities and colleges also need to engage in awareness programmes with students and lecturers. These programmes must explore the impact of beliefs and stereotypes on people affected by this condition, and the challenges posed by reading lecture notes.

Social workers, psychologists, nurses and other helping professionals need to arrange support groups and educate parents, learners, teachers, traditional healers and the general public about what causes albinism. They can also teach people how to treat those with the condition and equip those with albinism to handle discrimination.

People living with albinism must be given the tools they need to exercise agency and help play an active role in breaking the cycle of stigma and discrimination. By being out in the world, empowered to discuss their condition, they can demystify it and be positive role models.

Through these strategies we can hopefully create a safer, more just, humane and caring society where the rights of all groups are respected.