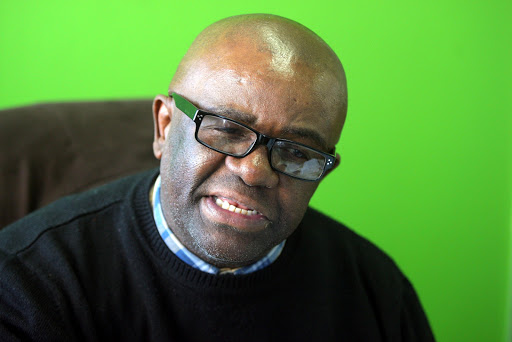 The disrespectful manner in which a man talks and treats a woman in public or private is among the common signs to look out for abusive behaviour.

A commissioner at the Commission for Gender Equality, Mbuyiselo Botha, said one could tell by the tone a man uses when he talks to a woman.

"How does he talk to you, the disrespect. Be it in public or private, but you will know that the tone, language [is not right]. How this person even describes your body, your mind, that every time all he does is to put you down," Botha said.

"You are [told that you are] good for nothing. You are in constant comparison with other people where your self-esteem gets gradually eaten away so that you end up looking up to him as the alpha and omega."

Botha said an abuser creates an environment where women end up thinking they are irreplaceable, that they are nothing without them.

"He tells you that no one else will love or even like you. That you are a midget intellectually. You end up believing that 'he does these things because he loves me, he adores me'.

"You become dependable, psychologically and emotionally. You begin to [blame yourself], 'if I had come back on time, answered my phone, he would not have treated me like that. He does these things because he loves me'."

Botha said there were not enough centres where men can seek help for free. Unfortunately, he said, men were not taking advantage of such centres. This was due to the mindset they must man-up.

"Different companies have wellness programmes but we do not go there. The narrative is that they [men] do not need those things because they are born strong."

Botha said the same mentality applied where men in the police service, the military and prison warders would not use wellness centres, because of "the stigma attached" to them.

He said parents needed to support children abused by their partners.

"You can't force her. You need to be in her shoes because there may be many complex issues. The danger is, if you force her, you may discover that she is under pressure and fears for her life. One has to be very sympathetic and journey with her.

"You do not know what that woman is going through. At times she is financially dependent on the man and has children that must go to school.

"The other times the woman lives in Bryanston and is a magistrate, but she does not want her peers to know what is happening. [And maybe] this woman is a CEO and people will say, 'you are a leader, but you get battered'.

"You can only understand what she is going through, but do not condemn or judge her. It must be her who reach(es) a point where she says, 'so far but not further'."

Botha said parents should not blame themselves.

"Parents can only do as much. The fault does not lie with them, it lies with the perpetrator. We must make a call to men to please seek help.

"There are organisations like the Commission for Gender Equality, they are there to offer help and support.

"If men feel they have problems dealing with anger, call us, help is out there."