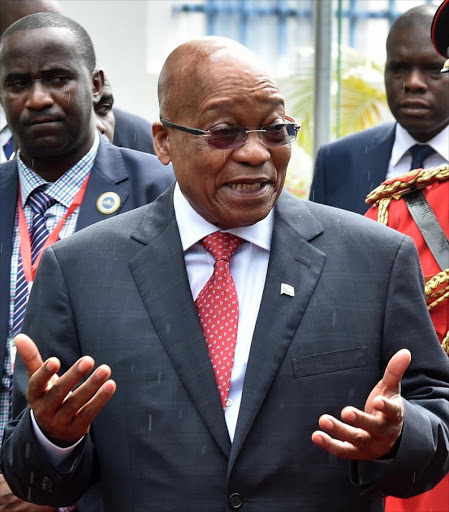 The latest disciplinary hearing into alleged wrongdoing committed in the R246-million upgrades to President Jacob Zuma’s Nkandla homestead was postponed on Thursday — for the third time in a row.

Jayshree Pardesi‚ Pretoria-based national director of key accounts management‚ appeared at her hearing in Durban on Thursday‚ but a fight over incomplete documents meant it could not go ahead.

She is one of 10 public works officials who are accused of flouting tender processes that led to controversial architect Minenhle Makhanya being appointed to lead the Nkandla upgrades project. She originally made her first appearance in October 2014 before the hearings were put on ice.

In the last two months‚ Pardesi’s colleagues‚ Sibusiso Chonco — deputy director for utilisations and contracts in the Durban office — and Rakesh Dhaniram — also a director of key accounts for the national department of public works – had their hearings postponed.

On Thursday‚ Pardesi’s legal representative‚ Adrian Moodley‚ said that several key documents — some of them “secret” - had not been included in their bundle provided by the state’s legal team.

Moodley said he had not been given the full minutes‚ including the annexures‚ of the Bid Adjudication Committee (BAC) meeting from June 15‚ 2010‚ which was where a recommendation was made for a negotiated process to be used to employ Makhanya.

His client was also not given a “PA12” document‚ which contains all reasons for any decision that is made by the BAC. But‚ most importantly‚ Moodley claims he was not given a letter‚ dated 21 October 2010‚ which authorised the deviation from the prescribed tender process. This document would be crucial to Pardesi’s defence‚ said Moodley.

Even the hearing’s chairman‚ Advocate Thulani Khuzwayo‚ agreed that this final document was vital.

“This document‚ if it exists‚ has very serious consequences‚” he said.

While the state’s legal representative‚ Clement Kulati‚ said neither public works nor the Special Investigating Unit‚ which investigated allegations of wrongdoing‚ had these documents in its possession‚ Moodley promised to find them.

“We have a reasonable apprehension that we will be able to source the complete documentation. If the employer (Kulati) says he doesn’t have‚ I can’t force him. But‚ through my instruction…the employee (Pardesi) has undertaken that we can source that document‚” Moodley said.

He has been given until June 23 to find the documents and make them available to Kulati. Pardesi’s hearing will continue on July 18 to 20‚ with Khuzwayo insisting that he didn’t want any further wrangling over outstanding documentation.