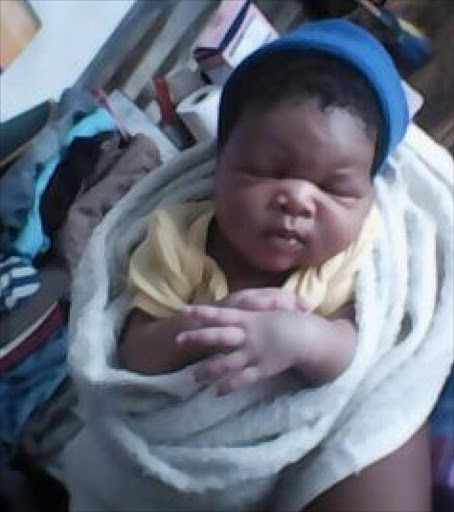 Exactly what caused the death of Baby Jayden Khoza – who died in a shack in Durban’s Foreman Road informal settlement in a haze of police teargas – remains veiled in mystery.

The two-week-old infant’s body was carried by his distraught parents at the front of a march to the Sydenham police station on Monday‚ and his death came as community members faced off against riot police‚ who had fired teargas at the protestors to disperse them.

Independent Police Investigative Directorate [IPID] spokesperson Moses Dlamini said that a probe into the circumstances that led to Khoza’s death had already been started — and the outcome conflicts with claims by the family.

“This matter was not reported to the IPID. However‚ our investigators followed up with the SAPS and were informed that the post mortem examination was conducted and that the cause of death was due to natural causes‚” he said.

He added that investigators would follow up to confirm the veracity of the claim.

But contrary to this‚ shack dwellers’ movement Abahlali baseMjondolo spokesperson Thapelo Mohapi said they had been told the examination of the body had not yet been conducted.

“We are confused because right now we have our own independent person who will do a post mortem examination of the baby tomorrow [Friday]. When we called the mortuary they say the exam has not been done. We are now working with our legal team to find a solution. They have issued papers to halt the post mortem until there is an independent examiner‚” he said.

He said that the Khoza family is being taken advantage of by the state.

“Jayden could have become a teacher‚ a doctor‚ a leader in his community or even a revolutionary President‚ an honest President who serves the people by taking direction from the people‚” he said.