Hannah Cornelius murder: the couple who saved her friend 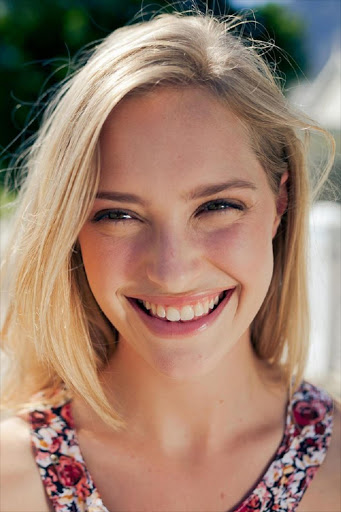 When Averal Fortuin heard Cheslin Marsh’s cries in his front yard on Saturday morning‚ he thought that it was “just another drunk intruder”.

After Fortuin and his wife Margaret‚ came out of their home in Bernardino Heights to investigate the noise and saw the blood drenched Stellenbosch student pinned to the gate by their Rhodesian Ridgeback‚ they were even more convinced Marsh may be trouble. Margaret yelled at Marsh to leave.

But Marsh pleaded for help‚ and said that “they were going to kill him”‚ according to Fortuin.

It was only until after police visited them later to get their details that the Fortuin’s realised that Marsh was the victim of a hijacking which had left him badly injured‚ and his friend‚ 21-year-old Hanna Cornelius‚ dead.

“We thought it was another intruder because we’re used to guys walking up down [our street] and being in gang fights. We didn’t know what the story was and if this was just a fight between drunken people‚” Fortuin said.

“Our immediate reaction was to tell him to jump back over the wall and leave. We wanted him to go [away]. But he kept stating that he couldn’t leave because ‘they’ were going to kill him. He asked if he couldn’t just tell his story and whether he could phone his mother. He was speaking in quick succession.”

Fortuin went to the gate to open for Marsh to leave when a police van drove by and he was able to wave it down. After he unlocked the gate Marsh left with the officers.

“He was disorientated. You could see the blood on his face and neck and his face was swollen. The rugby jersey and jeans he was wearing were also covered in blood.”

Around 1am on Saturday Marsh and Cornelius were in her Blue VW Golf on Bird Street in Stellenbosch when they were hijacked.

Marsh was later able to escape in Bernardino Heights‚ but Cornelius was not as fortunate and her body was discovered in Knorhoek Road outside Stellenbosch. She had also been raped.

Police arrested three suspect over the weekend and a fourth on Monday evening in Cloetesville ‚ Stellenbosch‚ where all four are believed to be from.

Two of the suspects‚ Geraldo Parsens and Vernon Junald Witbooi‚ appeared in the Stellenbosch Magistrate’s Court on Monday where they were charged with attempted murder‚ rape‚ murder and kidnapping.

They did not apply for bail and are being remanded in Pollsmoor Prison.

The two remaining suspects are expected to face the same charges.