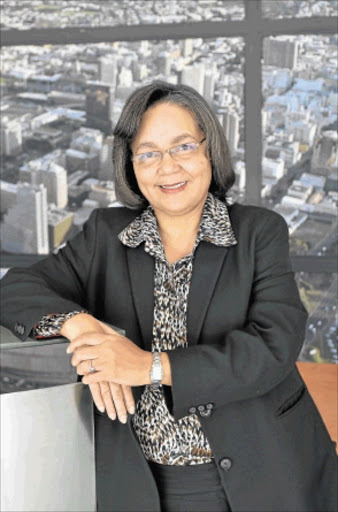 De Lille made the announcement while tabling the city’s R44.3-billion budget on Tuesday.

“The city has made provision for up to R6.6-million to pay for and subsidise bus rides on the MyCiTi service for unemployed people in Cape Town‚” she said.

The move was aimed at promoting access to transport for job seekers “to enable them to access opportunities easier”.

“Many people are giving up looking for work because travel costs are a barrier. We want to implement this initiative to take away that obstacle of travel costs which sometimes prevents people from being able to access job opportunities‚” said de Lille.

The subsidy will apply from the end of September to commuters travelling between 10am and 3.30 pm who have the MyCiTi myconnect card. All their trips will be free of charge.

“This is specifically aimed at job seekers and is another contribution from the city to creating an enabling environment for economic growth‚” said De Lille.

“This is a manifesto commitment to residents where we said we are going to give job seekers free access to transport‚” she added.

Cape Town has scrapped plans for R250 monthly electricity service fee‚ which De Lille said had attracted more than 1‚000 comments. “We have listened and a decision has been made not to implement the tariff”. However‚ it may be revived later.

In other measures aimed at the poor‚ De Lille said a new rates rebate of R50 per month would apply to properties are valued between R400 000 and R750 000.

“We have also increased the value of property from R400 000 to R500 000 for households who qualify for a 25% reduction in refuse removal charges‚” said De Lille‚ tabling a R6.8-billion capital budget and a R37.5-billion operating budget.

The tariff increases that will take effect from July 1 are:

“Only customers who are consuming water in the step tariffs of more than 3 500 litres or 5 000 litres per month will pay much higher tariff increases because it is intended to deter such high consumption during this time of drought‚” said De Lille.