'We want Cyril Ramaphosa as the next ANC president': Cosatu 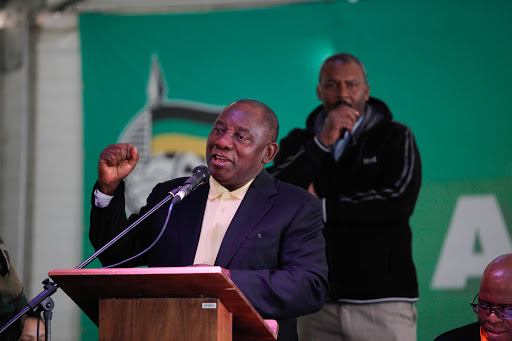 Addressing the federation's sixth central executive committee meeting, deputy president Tyotyo James said that they are making the pronouncement on the ANC's succession battle because they want to save the ruling party from self-destruction.

Although the ANC only opened the succession debate on Monday following its three-day long national executive committee, a lot of ANC leaders including president Jacob Zuma have made their choices clear.

Zuma has endorsed the former African Union Commission chairperson and ex-wife Nkosazana Dlamini-Zuma to takeover when his term comes to an end in December.

Cosatu said that they must not be condemned for making a call that Ramaphosa should succeed Zuma.

"We must not be condemned when we say that because others are making pronouncement as they are not condemned. We want Cyril Ramaphosa as the president."

Cosatu members then broke into a song calling for Zuma to leave.

This comes weeks after Cosatu banned Zuma from addressing any of its gatherings stating that they want Ramaphosa to address them instead.

"The NEC agreed that we should continue discussing the principle that should guide election of leadership in the ANC but allow the structures of the ANC to start discussing the names. Such discussions should be based on the principles discussed and through the eye of the needle. Nominations will only be opened in September 2017," said ANC secretary general Gwede Mantashe adding that the debates will be closely monitored to ensure potential candidates are not ridiculed or defamed.

Mantashe was speaking at a press conference held by the ANC on Monday afternoon.