This is no weekend special‚ Mbalula tells crime-ridden Elsies 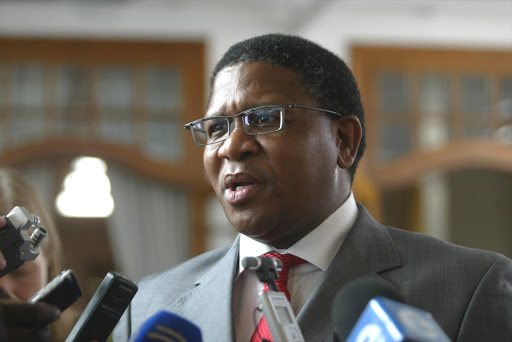 Police Minister Fikile Mbalula on Thursday told members of the Elsies River community on the Cape Flats that renewed efforts to increase policing in the area was not a “weekend special".

Speaking to about 500 people who packed into the Adriaanse Civic Centre in Elsies River on Thursday‚ Mbalula reassured the community that the improved policing was “the real thing” and had already resulted in doubling police on the ground for “serious operations“.

“We are here to support you. This relationship won’t die‚” Mbalula told the receptive crowd.

“We are not going to be hands-off. We are going to make it easier to report crime. Those who have police in their pockets — we will find them.”

Mbalula was in Elsies River to unveil a satellite police station to help combat rampant crime in the area.

It was his third visit to the area this month‚ following an appearance for the memorial of murdered three-year-old Courtney Pieters and another community engagement after 13 people were shot in a drive-by three weeks ago.

Mukkadam said the satellite station would encourage people to lay complaints and come forward with information on crimes‚ adding that it would “help with crime intelligence and the combating of crime“.

“Finally our cries have been heard‚ but it took a lot of pain and a lot of suffering to get to this point‚” said Mukkadam.

“From our side as a community‚ we will work together with the police to rebuild the trust‚ because that is the most important ingredient to fight crime.”