NPA says media blackout in court proceedings is nothing new 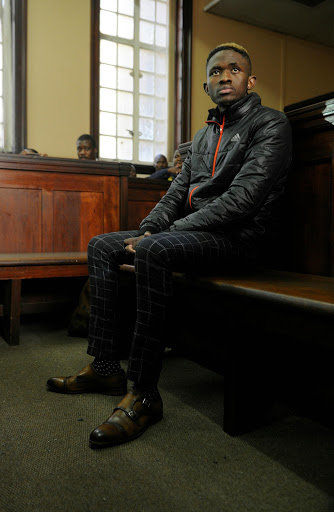 The National Prosecuting Authority on Wednesday downplayed the media being barred from recording and publishing anything on Sandile Mantsoe’s bail application‚ saying it was nothing new.

The 27-year-old forex trader is accused of murdering his girlfriend‚ Karabo Mokoena‚ whose charred remains were found on April 29 in a ditch in Lyndhurst.

“As the State we had concerns of sensitive information which would be revealed in court that directly impact on the progress of the nature of investigations‚” said NPA spokesperson Phindi Louw.

“We were worried that we don’t want such information in the public‚” Louw said.

Reporters who were present in court were barred from reporting on any of the information which was mentioned during Mantsoe’s bail application.

Only the ruling on the application could be reported on.

The magistrate‚ however‚ made no mention of how the ruling extended to members of the public who were present in court.

“Unfortunately we are not in control of the kind of ruling made by the preceding officer‚” said Louw‚ conceding that the information could be leaked through members of the public.

Both the State and defence team had put in applications to bar the media from reporting on the court proceedings.

Magistrate Carlo Labuschagne had agreed‚ saying it was all in the interest of justice.

Follow the media blackout‚ bail proceedings continued and were postponed to June 9.

Mantsoe has been behind bars for two weeks.

He was charged with premeditated murder and defeating the ends of justice after Karabo’s remains were found.

She had been burnt beyond recognition in a ditch.

Her family reported her missing‚ circulating her pictures on social media‚ unaware that the charred remains found in Lyndhurst were hers.

The 22-year-old who was involved in charity organisations which catered for abused women and children‚ was buried last week.

At her funeral‚ her friends painted a grim image of her relationship with Mantsoe‚ alleging that it was an abusive relationship in which she was assaulted.