Community claims Courtney's mother had something to do with her murder 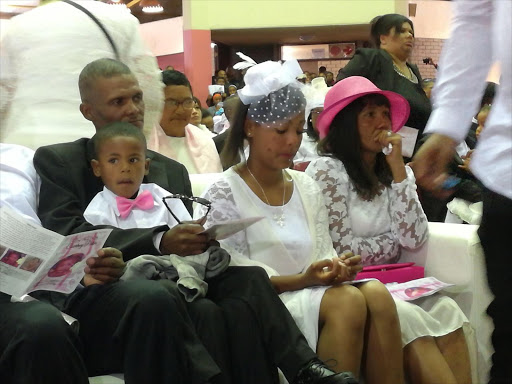 Scenes outside the Goodwood Magistrate’s Court on Wednesday painted a picture of a community deeply divided following the murder of three-year-old Courtney Pieters.

Hundreds of residents from the Elsies River community‚ where the toddler was from‚ gathered at the court for the appearance of murder accused Mortimer Saunders.

Tensions were high and almost turned violent moments after the magistrate postponed the case to August 24 for further investigation.

Sections of the community believed that the little girl’s mother‚ Juanita Pieters‚ may have been involved in the murder of her daughter‚ who was found buried in a shallow grave in Epping Industrial almost two weeks ago.

The group clashed with police but were moved away from the entrance of the court. Many were angry about donations the family received from government and other sections of society following the murder.

On a visit to the community last week‚ President Jacob Zuma apparently pledged R10‚000 to the Pieters family.

But a supporter of the family‚ Roegchanda Pascoe‚ said that the community should allow justice to take its course.

“We must support each other as women. We always blame each other and that’s why men don’t take responsibility‚” said Pascoe.

Pascoe said there were forces within the community instigating negative sentiment against the family for “their own agenda“.

Members of the community left the court pledging to go to the Pieters home to confront Juanita.