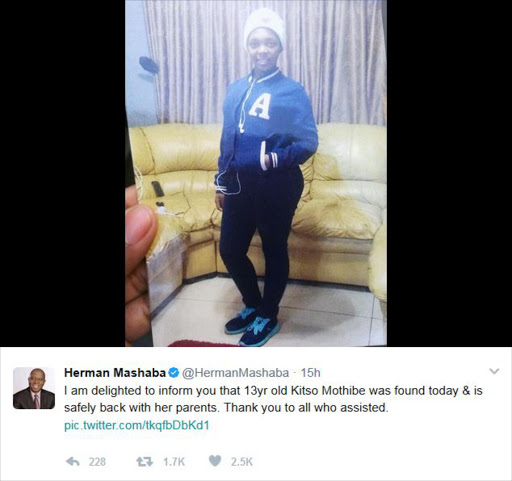 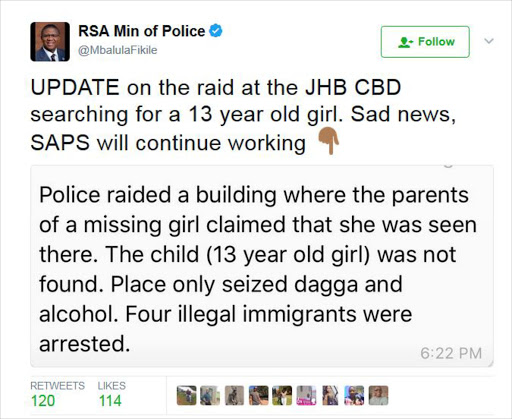 The girl was found by her cousin on Saturday afternoon‚ said Lieutenant-Colonel Lungelo Dlamini.

“At this stage it is unknown as to what was her state of health when she was found but it is believed that the social workers will deal with the matter‚” Dlamini said.

Johannesburg Mayor Herman Mashaba announced on Saturday night that Mothibe had been reunited with her family.

“I have spoken with her father tonight and the family is extremely relieved. We will assist with any support required.”

Police raided dilapidated Johannesburg buildings last week in search of the teenage girl who was believed to have been kept captive there.

This was after Mothibe’s father reportedly called a radio station earlier last week‚ begging for assistance in locating her daughter‚ saying police had refused to help him.

Dlamini said these allegations would be investigated.

“Allegations made against the police that they were reluctant to assist when her parents reported the matter are part of an internal investigation that is continuing to establish the conduct of our members when dealing with the members of the community‚” he said.