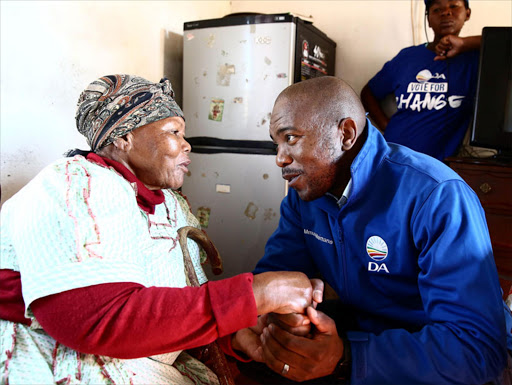 Political parties contesting the Nquthu municipal by-elections have brought in their biggest guns yet as the battle for the tiny northern KwaZulu-Natal municipality shifts into higher gear on Sunday ahead of Wednesday’s showdown.

ANC president Jacob Zuma‚ IFP president Mangosuthu and DA leaders; Western Cape MPL and Masizole Mnqasela and Midvaal Mayor Bongani Baloyi are set to face off in a litany of rallies and door-to-door campaigns on Sunday to win the hearts of 81 000 registered voters in Nquthu.

The DA and the EFF have already brought in Mmusi Mmaimane and Julius Malema midweek to wrest control and tilt the balance of forces and potential coalition partners.

Zuma is set to speak at a Siyanqoba Rally attended by all provincial party regions and other provinces.

He is the last of the top six leaders to campaign in the dissolved council in May alone following deputy president Cyril Ramaphosa‚ national chairperson Baleka Mbete‚ secretary-general Gwede Mantashe‚ treasurer-general Zweli Mkhize and several other national executive committee members like Bheki Cele and Nkosazana Dlamini-Zuma.

Before the rally Zuma is expected to pay homage at Inkosi Fisukwazi Hlatshwayo in Kwangaye Royal Palace in Nondweni Ward 6.

Buthelezi will hold his rally near the Molefe tribal authority at 10am in a bid to win back the 33-seat council his party lost in 2011 at the hands of the ANC/NFP coalition.

The council was dissolved in February this year following a protracted period of squabbling as every meeting to try and constitute the council deadlocked.