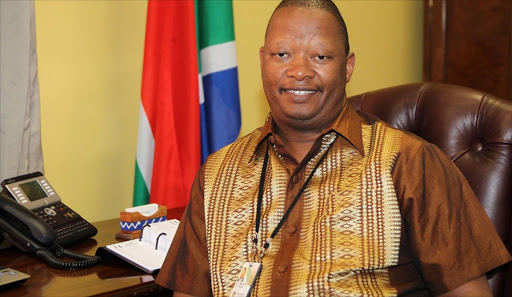 And now the national legislature is accused of not taking seriously instructions from Mkhwebane after National Assembly Speaker Baleka Mbete failed to meet the Public Protector’s deadline to submit documents deemed as central to her investigation against the CEO of parliament.

But parliament’s spokesman Moloto Mothapo has insisted they were co-operating with Mkhwebane’s probe.

He refuted claims that parliament had failed to meet the deadline because they had requested an extension.

Mkhwebane wants Mbete’s office to produce parliamentary policies that authorise Mgidlana to travel in a state vehicle fitted with a blue light‚ order parliamentary staff to chauffeur his wife around‚ and written permission allowing the secretary to parliament to embark on overseas benchmarking trips that cost the taxpayer almost R2 million in 2015 among others.

Mkhwebane has also ordered parliament to supply reasons in terms of the Promotion of Administrative Justice Act for not renewing the contracts of former head of parliamentary protection services Zelda Holtzman and her deputy Motlatsi Mokgatla who is also a complainant in this matter.

Mkhwebane wrote to Mbete in the first week of April‚ requesting her to submit these documents by April 25 but Mbete asked for the deadline to be extended instead of complying with it.

But those with intimate knowledge of this saga said Mbete requested the deadline extension because Mgidlana was struggling to produce some of the documents demanded by Mkhwebane because they simply did not exist.

Sources say parliament does not have policy allowing for his wife to be chauffeur driven or to use blue-light vehicles.

The insiders also said Mgidlana‚ as parliament’s head of administration‚ never dealt with Mokgatla’s matter in terms of PAJA as he simply waited for his contract to lapse while he was on suspension at the time.

Mkhwebane’s spokesman‚ Oupa Segalwe‚ confirmed that parliament did ask for more time to submit the evidence requested and the extension was granted.

Mothapo said they were not prepared to discuss the details of an ongoing investigation because they did not want to “second guess” Mkhwebane.

Mgidlana was also grilled on Thursday night by the joint committee on the financial management of parliament for awarding himself a R30‚000 bursary while applications of junior staff were rejected.