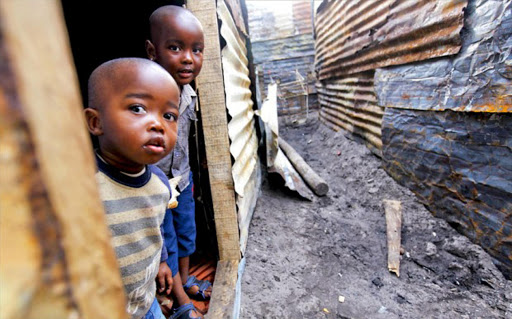 In the past two decades‚ Africa’s rich have benefited immensely from unprecedented economic growth‚ while there are more citizens living in poverty than ever before.

“New data reveals Africa’s inequality crisis is greater than feared‚” Oxfam said in a statement accompanying the release of the report‚ just a day before the World Economic Forum (WEF) on Africa‚ which will be hosted in Durban from Wednesday to Friday.

“African leaders must build a new more ‘human economy’ to tackle inequality and poverty. The WEF will bring political and business leaders together from across the continent to discuss how to achieve inclusive growth.”

Oxfam‚ an international confederation of NGOs working with partners in 90 countries to end injustices that lead to poverty‚ said that new data from the Brookings Institute revealed that levels of inequality in a number of African countries are far higher than previously thought.

A growing population meant there were 50 million more people living in extreme poverty in sub-Saharan Africa in 2012 than in 1990‚ the report says.

“Seven of the 20 most unequal countries in the world are African: Swaziland is the world’s most unequal‚ now closely followed by Nigeria‚” the statement read.

“In South Africa‚ three billionaires own the same wealth as the poorest half of the population – around 28 million people.”

According to Oxfam‚ “decades of record GDP growth have benefited a wealthy elite but left millions of ordinary Africans behind and as a consequence‚ poverty has declined more slowly in Africa than any other region”.

It said forecasts predict a further 250 to 350 million people could be living in conditions of extreme poverty in the next 15 years.

The human cost is felt the most by women‚ young people and children.

“Inequality in Africa is fuelling poverty‚ fracturing our societies‚ and stifling the potential of millions of people‚” said Winnie Byanyima‚ executive director of Oxfam and co-chair of WEF Africa 2017.

“It will become a major drag on economic growth. Africa should stop imitating the failing policies of Europe and America and develop a new economic model that works for all Africans – not just the fortunate few.

“African leaders must not kid themselves. If the wellbeing of people and the protection of the environment are our primary aims‚ rather than a hoped-for by-product of free markets‚ we need to explicitly design economies to achieve these things.”

The Oxfam report details plans for how leaders in politics and business can utilise economic and tax policies to build economies that will alleviate poverty.

“Oxfam is not advocating a return to Africa’s economic past – we are championing economies that are fit for the future‚” said Byanyima.

The full report can be found here: www.oxfam.org