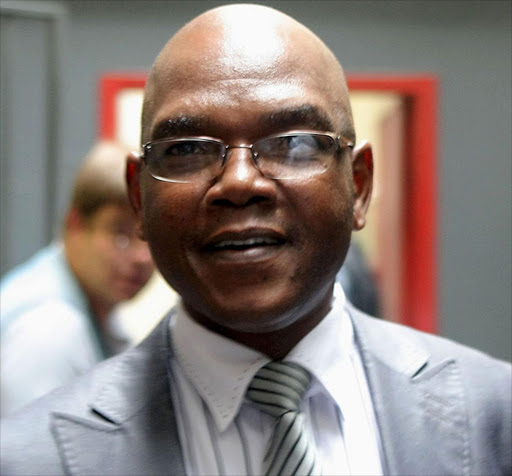 Claims by former crime intelligence boss Richard Mdluli that there were police officers who sought his downfall were unfounded‚ the South Gauteng High Court heard on Tuesday.

“All these people that were alleged to be involved in the conspiracy were senior to him‚” said former Gauteng Hawks boss‚ Shadrack Sibiya.

“If it was a question of me and fellow junior generals but those that are being mentioned as conspirators are all his seniors‚” Sibiya said‚ adding that they had nothing to gain from removing Mdluli from his position.

Mdluli alleged that the high ranking officials had blocked his promotion to the national police commissioner post by fabricating evidence and coaching witnesses to give false evidence against him in numerous cases‚ including that of the murder of his love rival‚ Oupa Ramogibe.

Sibiya said Lebeya had tasked him to investigate Mdluli following an article in the Sowetan raising questions about how Mdluli had been appointed the head of crime intelligence while he still faced “serious allegations”.

The serious allegations referred to claims of Mdluli’s involvement in the murder of Ramogibe‚ who was gunned down in 1999.

He had married Tshidi Buthelezi‚ who was Mdluli’s customary wife.

Sibiya‚ however‚ said Mdluli had cried foul from the very onset of his arrest.

During his bail application back in 2011‚ the magistrate presiding over the matter had told Mdluli that “all these theories were in his head‚” said Sibiya.

Ike Motloung‚ for Mdluli‚ attempted to subject Sibiya to a tough cross-examination but he refused to budge.

“You will never corner me in any manner‚” Sibiya responded.

But Motloung pushed on‚ saying the mission to probe Mdluli was to “dig up any dirt” on him.

“Stick to the facts Mr Motloung‚ this had nothing to do with collecting [dirt]‚” he replied.

Mdluli and co-accused Mthembeni Mthunzi are on trial for a series of charges‚ including assault‚ kidnapping‚ intimidation and defeating the ends of justice.

Last month‚ Sibiya‚ who had arrested Mdluli for Ramogibe’s murder over 10 years ago‚ said his involvement in the investigation against the former crime intelligence boss led to him being booted out of the Hawks.

At the time‚ however‚ it was said that Sibiya was removed because of a case involving the illegal renditions of Zimbabwean nationals.

Mdluli’s case has dragged on for almost two years‚ with the court calling its own witnesses‚ including Sibiya‚ after both the State and defence had closed their cases.

The matter was scheduled to return to court on July 31.

The case is most likely to only see its finalisation next year as the judge presiding over the matter‚ Rata Mokgoatlheng‚ indicated that he was forced to go on leave from September 1 to December 15 otherwise he would forfeit the leave.