Is this end of malaria? UCT drug discovery could eradicate Africa's mass killer 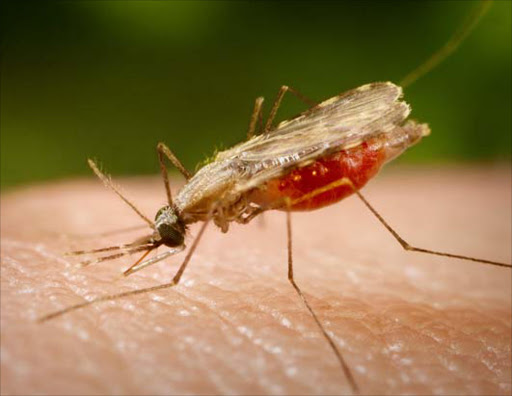 Malaria‚ which kills 1‚200 people a day — most of them in Africa — could be eradicated thanks to a discovery at the University of Cape Town.

A new drug candidate “has tremendous potential to cure and protect against malaria in a single dose”‚ said a statement from the Drug Discovery and Development Centre (H3D) at UCT.

Professor Kelly Chibale‚ who led an international team from the Medicines for Malaria Venture that published its findings on Wednesday‚ said the drug — dubbed MMV048 — could help to wipe out malaria.

“The ability of MMV048 to block all lifecycle stages of the malaria parasite‚ offer protection against infection as well as potentially block transmission of the parasite from person to person suggests that this compound could contribute to the eradication of malaria‚ a disease that claims the lives of several hundred thousand people every year‚” said Chibale.

The 2015 World Health Organisation World Malaria Report said there were 212 million new cases of malaria in 2015‚ 90% of them in Africa.

Despite the positive impact of medication‚ indoor spraying with insecticides and the use of insecticide bed-nets‚ around 429‚000 people died from malaria in 2015‚ 92% of them in Africa‚ it said.

In 2014‚ MMV048 became the first new antimalarial medicine to enter human studies in Africa. Preparations are now being made for the second phase of the trials.

Medicines for Malaria Venture CEO David Reddy said the compound had enormous potential. “It could revolutionise the treatment of malaria‚” he said.