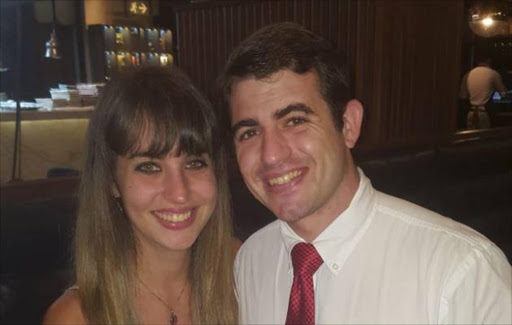 Amy and Mark Barnard saved R1000 during their first year of marriage to treat themselves to a special anniversary supper at The Chef’s Table in Umhlanga‚ north of Durban.

But the cash-strapped teachers who were “literally counting the costs” in the back of their minds while ordering three-course meals didn’t end up paying a cent for their supper on Sunday evening.

That’s because an anonymous couple paid the Barnard’s R900 restaurant bill and a R300 tip to the waitress.

Amy Barnard’s post on Facebook detailing the generous act which reduced her to tears attracted close to 500 likes in the first 30 minutes.

Barnard told Times Media that when they had called for the bill‚ the waitress explained that it had already been settled.

“I thought she was joking and then wondered if our family had paid. She explained that it had been the couple seated a few tables away that had paid‚ they even left her a sizable tip so we didn’t have to pay a cent. We wanted to thank them but they had already left‚” Barnard said.

In a note‚ the benefactor who signed as “SP” penned a note at the back of the bill saying: “Thank you for bringing forth your light for the world to see. May fortune favour you both in your endeavours.”

Barnard said they had “no idea who they were.”

“We didn’t recognise them. They were there when we arrived‚ and I glanced at them once or twice as you do at a restaurant but didn’t really pay much attention to them.”

“Mark is almost completely deaf and due to prejudice he struggled to find a full time job last year. He was on a tiny internship salary when we got married and we were basically surviving on my teacher’s salary‚” Amy Barnard said.

“We don’t come from wealthy backgrounds and have been living on a very strict budget. My husband was in hospital earlier this year following a rugby injury and I was recently in hospital following an injury as well and the bills from co-payments hit us hard.”

But the generous strangers did not know about their financial woes.

“We had dressed up quite fancy for the meal and told the restaurant it was our anniversary but didn’t make it a big thing. I can only guess that they wanted to do something special for someone and saw that we were young and celebrating‚” Barnard told Times Media.

Hours later‚ the couple were still in “shock and quite disbelieving.”

“I’d seen stories like this online but never did I ever believe it would happen to us. I cried on the way home when it hit me that people could be so kind. My husband still can’t believe it‚ it was an amazing gesture that restored our faith in humanity and made our anniversary even more special‚” Barnard said.

The Barnards hope an opportunity to pay it forward will present itself.

“I’m definitely going to look out for the opportunity‚ knowing the effect it’s had on us makes me want to have someone else feel the same way.”

Chef’s Table manager Russel Braum said the couple‚ who had previously visited the restaurant‚ approached the waitress with the offer to pay the bill.

“The waitress asked me if that was okay and I didn’t see a problem with that. They then paid both bills‚ wrote a note on the Barnard’s bill and then left.”

Braum said it was an “amazing” moment to watch the Barnard’s reaction when they discovered their bill had been paid.