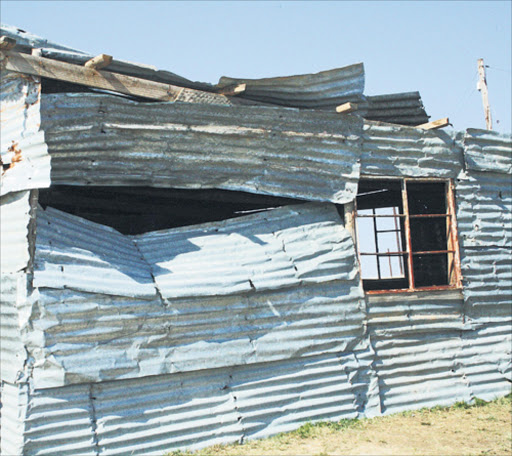 The ANC only talks about land because their primary objective is to harvest more votes.

This is the view of Abahlali baseMjondolo a prominent shack dwellers’ group that famously beat government in the Constitutional Court a decade ago.

Abahlali hosted the 12th edition of its “Unfreedom Day” at the Springfield Sports Ground at the eThekwini FET College on Sunday.

The day saw members coming from as far as the Eastern Cape and Gauteng and was held under the theme: “Consolidating the power of the impoverished from below.”

Abahlali leader Zandile Nsibande said the people who live on the fringe of everything in South Africa remain trapped in poverty‚ unemployment and abuse.

“It’s in fact laughable when they are talking about land because that’s rhetoric. It’s only to get votes‚” said Nsibande.

“For us there has never been freedom. Just look at the faces of all the people gathered here and tell me if you see any sign of freedom in their faces and in their eyes‚” she said.

She lamented eThekwini Municipality‚ especially its Mayor Zandile Gumede‚ who she said had pulled the wool over their eyes before last year’s local government elections.

“She came to us‚ coercing us to vote for the ANC and today we cannot even reach her office. We voted and that was the last time we saw her. I believe councillors and politicians at times use us as pawns when they fight their political battles‚” said Nsibande.

In 2014 Abahlali infamously voted for the DA en masse after the party had promised to look into their issues.

“All we want is to be included in economic activities‚ not just left to fend for ourselves. That’s not freedom. We want to participate in the council’s integrated development plan‚ not just be spectators and only have some people taking key decisions on our behalf‚” said Nsibande‚ who is also the chairperson of the Abahlali Women’s League.

Nsibande expressed concern about what is happening in the country at the moment.

“We have been living in junk status our whole lives. This is not new to us. But we are well aware that the current situation will hit hardest on us as the already impoverished.

“For as long as the impoverished people are sidelined in this so-called radical economic transformation‚ we will continue to be oppressed. The only way forward is for the working class and the impoverished to build our own political power from below via an autonomous organisation and to use that power to create a more just and equal society.

“So we are here today as Abahlali‚ and while the rest of the country celebrates 23 years of freedom‚ we the impoverished‚ the marginalised and the oppressed are mourning the absence of this freedom that our mothers and fathers fought for so hard. We say that as long as we are still landless‚ homeless and impoverished‚ we cannot say we are free. As long as we are subjected to floods and shack fires‚ we cannot say that we are free.”

Nsibande said it was the struggle of the people of this country‚ including the workers in the factories and the mines‚ that freed political prisoners and allowed exiles to return home.

“Yet now the politicians claim that they own the struggle and that anyone who organises outside of their control is an enemy. These same politicians have been in power for more than 20 years‚ and while they and their families have become very rich‚ millions of us remain impoverished. More than 50% of unemployed people are living in shacks. The politicians are free. We remain in a state of deep un-freedom‚” she said.