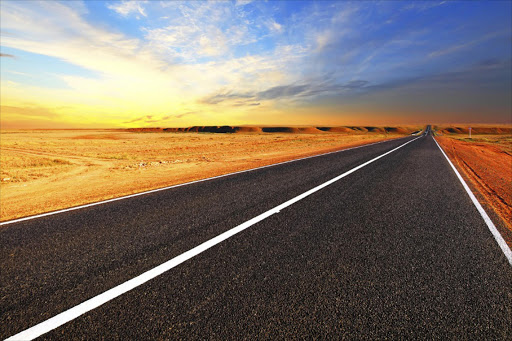 At a meeting between government officials and the families of those killed in Friday’s horror minibus crash in Verena near Bronkhorstspruit‚ the poor condition of the R25 on which the minibus was travelling was highlighted‚ with one witness describing it as a death trap.

“This road is very bad‚ there are too many potholes. Please MEC‚ take note of this‚” said Mbuso Ndimande‚ who identified himself as a head of a local civil society organisation.

Eighteen children and two adults died on the road between Bronkhorstspruit and Groblersdal after the taxi they were travelling in collided head on with a truck.

Ndimande was addressing the Mpumalanga MEC for Community Safety and Liaison‚ Pat Ngomane.

Lesufi advised the families on the way forward. Committees have now been established to meet with the families one by one to attend to their needs as well as make arrangements for funerals and the identification of bodies on Monday.

“Out of the 15 families affected‚ 13 have been provided with the services of counselling as well as a chaplain‚” he said.

“The injured learners will also be supported in terms of future and current medical costs‚ counselling and schooling. This will be taken care of immediately‚ to help them go back to school and move on from this.”

Christo van Heerden‚ another witness who arrived on the scene shortly after emergency services on Friday‚on Saturday told reporters the stretch of the R25 between Sukhulumi and Verena in Mpumalanga was “a death trap”.

Journalists were also struck by the deteriorated state of the narrow road‚ which serves as a main road to Limpopo – with a large number of heavy motor vehicles travelling on it daily.

“What a horrible‚ horrible day‚” Van Heerden‚ who has lived in Verena for close to four years‚ said.

“The kids were little bundles of burned human beings just stacked next to each other. That was very bad. But this road is a death trap. Monthly there are many deaths on this road between Verena and Sokhulumi.”

“I have seen families annihilated‚” Van Heerden said‚ explaining that the R25 between Verena and the Limpopo border as well as the section between Bronkhorstpruit to the Mpumalanga border had recently been revamped.

“It’s the last section that needs to be upgraded‚” he said‚ pointing to the road.