Racecourse under starter's orders for 500 homes and a hotel 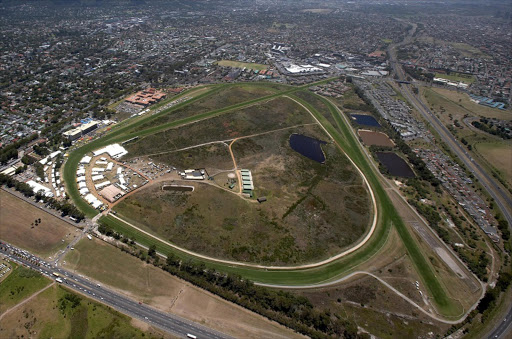 The proposed development will happen on land at the top left-hand corner of Kenilworth Racecourse as shown in this aerial view. Picture: RUSSELL SOUTHEY, GOLD CIRCLE

The owners of Kenilworth racecourse in Cape Town‚ home of the Met and the Queen’s Plate‚ want to build up to 500 homes‚ a hotel and a restaurant on nearly eight hectares of the property.

In a report to a planning tribunal recommending in-principle approval of rezoning‚ officials said the idea was “to provide an economically viable model that sustains continuation of the racing industry”.

The land involved in the proposal is in the south-western corner of the 95ha racecourse‚ bordered by Rosmead Avenue and Wetton Road.

Phumelela Gaming‚ which manages the racecourse on behalf of its owners‚ Kenilworth Racing‚ did not respond to requests for comment.

Detailed designs for the proposed buildings have not yet been done‚ but according to documents filed in support of rezoning the tract of land into 11 portions the proposed development will include:

There will also be two new roads‚ to be called Royal Kenilworth Avenue and Metropolitan Avenue.

“The proposed redevelopment will revitalise the existing racing facilities that will be retained‚ and will create a functional‚ attractive edge to Rosmead Avenue‚” said a report to councillors.

“The additional development ... will result in a greater pool of levies available for the maintenance of the biodiversity area.”

A 52ha conservation area in the centre of the racecourse is regarded as the best example of Cape Flats Sand Fynbos in the Cape Peninsula. It has 16 seasonal wetlands‚ 310 plant species and nine amphibian residents‚ including the critically endangered micro frog and Cape platanna.

Objectors to the proposal called for a ban on further “one-off music events”. The applicants responded: “With the proposed development‚ the reliance on these events as a source of income will no longer be necessary.”

The rezoning plan still needs approval of the full council.