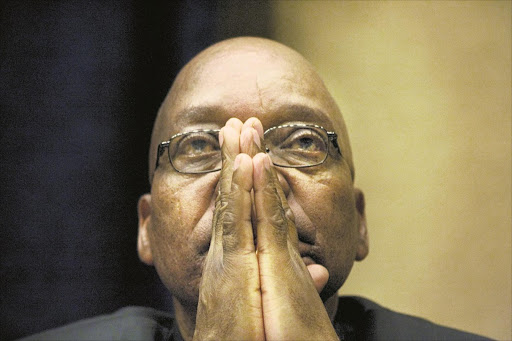 Messages of condolence continue to pour in for the families of the 20 victims – 18 of them school pupils — who died when a minibus taxi collided head-on with a truck and caught fire on the R25 between Verena and Bronkhorstpruit outside Pretoria on Friday afternoon.

Gauteng department of Education Spokesperson Oupa Bodibe said on Friday night that the families of the 20 deceased had been informed and the bodies had been identified.

Seven of the surviving children had been taken to hospital but remained in a critical condition‚ he said.

Bodibe said initial reports claimed the driver of the mini-bus taxi underestimated the speed of the truck which it collided with.

The possibility that the taxi was overloaded has also been raised in several quarters.

Paramedics said on Friday that several children had been burnt beyond recognition after the taxi caught fire.

The children are said to have been from Mpumalanga and travelled to Gauteng schools on a daily basis.

Bodibe said Gauteng MEC for Education‚ Panyaza Lesufi would be meeting with the affected families on Sunday to decide on the way forward.

“This is a sad and painful tragedy‚ taking place just when the country is coming to terms with a number of lives that have been lost during the Easter weekend. On behalf of government and all South Africans we extend our heartfelt condolences to families of the learners‚ relatives and friends. May their souls rest in peace‚” Zuma said.

He added: “We further call on law enforcement authorities to swiftly investigate the causes of this horrifying accident that has claimed so much young lives. We also call on all road users in the country to be more vigilant and adhere to the road rules and take safety precautions seriously to avoid unnecessary loss of life.”

Parliament also expressed its condolences to the families of the victims..

It said the accident added to the increasing number of fatalities on South African roads during April.

It appealed for vigilance‚ patience‚ calm and strict adherence to the rules of the road.

The Inkatha Freedom Party (IFP) said it was deeply pained by the accident. Adding that road deaths were a national crisis.

“Our roads have become cemeteries. Scores of the young and the old get mowed down almost daily and it seems the remedy is not about to come. The IFP believes that it is time the government declared the carnage on our roads a national crisis; for indeed it is. This calls for extraordinary measures from the government‚” said IFP Deputy National Spokesperson Joshua Mazibuko.