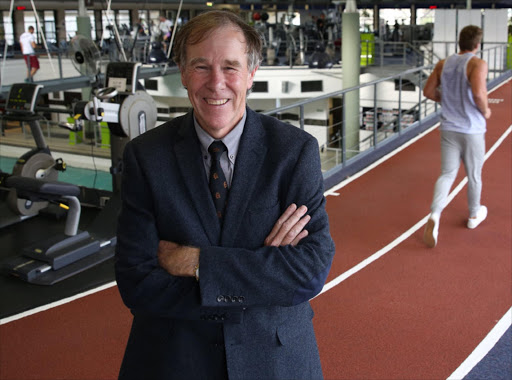 Banting guru Tim Noakes has been cleared of misconduct after he provided advice on Twitter about what breast-fed babies should be given when being weaned.

Advocate Joan Adams‚ the chairman of an independent panel that considered a misconduct charge brought against Noakes by the Health Professions Council of SA‚ announced the verdict in Cape Town on Friday after reading a 60-page judgment.

She said four of the five panel members were party to the judgment. The other member disagreed with the outcome.

Noakes‚ whose book The Real Meal Revolution promotes a low-carbohydrate‚ high-fat (LCHF) diet‚ was called before the HPCSA after the former president of the Association for Dietetics in South Africa‚ Claire Julsing-Strydom‚ lodged a complaint against him.

It was prompted by a tweet Noakes sent to Pippa Leenstra in February 2014 after she asked him for advice on feeding babies and on breastfeeding. Noakes has been registered with HPCSA since 1974‚ but has not practised clinically since 2000.

Leenstra’s tweet said: “@ProfTimNoakes @SalCreed is LCHF eating ok for breastfeeding mums? Worried about all the dairy+cauliflower = wind for babies??”

In her finding‚ Adams said Noakes’s Twitter account‚ which has 86‚000 followers‚ did not describe him as a registered doctor or suggest he acted as such. There was no evidence that Leenstra considered him as her doctor and there was no way to infer Leenstra was hoping for a free medical consultation.

Leenstra did not testify in the misconduct hearing‚ but Adams said it was clear she would not have been tweeting if her baby was in need of medical treatment or advice and she required urgent assistance from a practitioner.

It could not be assumed Twitter users were ignorant and vulnerable and needed to be protected from themselves‚ she said.

Adams said the panel agreed with the complaint that Twitter did not lend itself to a doctor-patient relationship‚ but that was not what Leenstra was looking for.

It was not reasonable to infer from his tweet that he was undermining breastmilk. Nothing suggesting he advocated immediate cessation of breastfeeding.

In May 2014‚ the HPCSA preliminary committee of inquiry met for two days to decide what to do about Julsing-Strydom’s complaint and failed to reach a conclusion.

Then following month‚ the committee commissioned a report from retired Northwest University nutrition professor Este Vorster. She said that because Noakes’s advice contravened the SA dietary guidelines‚ he was either unfamiliar with them or distrusted them‚ and therefore not qualified to advise on dietary matters.

The hearing into Noakes’s alleged misconduct began in November 2015.