Do the police violate human rights every day? 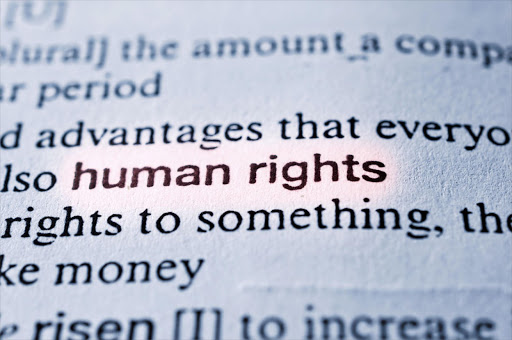 A common theme emerged at a panel discussion on policing and rights on Friday – police officers regularly violate the human rights of marginalised minorities such as sex workers and members of the lesbian‚ gay‚ bi-sexual‚ transgender‚ questioning and intersex (LGBTQI) community.

The dialogue‚ hosted by the South African Human Rights Commission‚ heard from Sonke Gender Justice‚ an advocacy organisation against gender-based violence‚ how a survey conducted on sex workers revealed blatant and regular abuses of human rights by the police.

Donna Evans‚ a lawyer and volunteer for Sonke‚ was part of a panel of speakers who addressed issues of human rights and policing.

Evans said Sonke was compiling a report based on research they had done on sex workers‚ and presented a few key statistics they had garnered so far.

“Sex work is 100% criminalised in South Africa‚ so any person living off the proceeds‚ sex workers themselves and their clients are guilty of an offence‚” she said.

Sonke’s research has found that sex workers‚ nongovernmental and other organisations that assist sex workers — even lawyers – found it difficult to report crimes against sex workers to the police‚ especially if the complaint was levelled against a police officer.

The research has also uncovered systematic corruption in the form of bribery‚ torture and sexual assault‚ including rape.

“We conducted a survey on 57 sex workers in one semi-rural area of Gauteng‚ and just a snapshot of the results show that 31 of 52 sex workers who answered have been arrested at some point‚ on average as many as four times.

“That is equivalent to 124 arrests. Imagine the police resources used to conduct these arrests‚ and how these resources could have been better utilised‚” Evans said.

“Of the 31 arrested‚ only four ever appeared in court‚ 17 paid a fine of R300 or less and 10% of the sex workers never came near a police station or court after their arrest. I will leave it up to your imagination to figure out what happened to them.”

Out of 57 sex workers interviews‚ just over 50% had been asked for and paid a bribe to police officers to avoid arrest — and bigger bribes to then escape prosecution.

The figure of those detained and sexually assaulted by police is 33%.

“The main themes that emerged are torture‚ rape‚ systematic corruption through bribes‚ demands for sex as well as assault‚” said Evans.

She spoke about how one sex worker was forced by an off-duty policeman to perform sexual acts with a dog and another was forced to eat used condoms from the dustbin of a brothel and made to bath in ice cold water to “wash off her prostitution”.

“In the case of the girl forced to perform acts of bestiality‚ when she approached a police woman at the police station she was told to leave and that she ‘smelt like a dog’.

“These are just some of the statements made to us by sex workers‚” she said.

The purpose of the dialogue was not just highlight issues regarding policing and human rights‚ but also to provide a platform for valuable contributions to the South African Police Service on how to deal with the problems.

Brigadier Mbali Mncadi spoke about the draft Standard Operating Procedure documents being developed to address issues such as those raised by Sonke.

“The focus is not only on crime‚ but on how we treat people who come into our space‚” she said.

These policies‚ once implemented‚ would become part of the national instructions or standing orders of the police service. These would include draft procedures for service to LGBTQI people‚ the handling of sex workers and service to the disabled‚ she said.