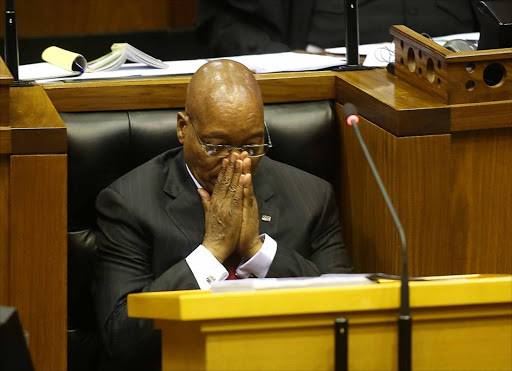 Clinical psychologists and a Zulu culture expert have punched holes in President Jacob Zuma’s claim that stress is a “white man’s disease”.

Zuma said Zulu people did not suffer from it as it was a foreign concept to them.

Brushing aside calls for him to step down during his 75th birthday bash in Kliptown‚ he said in Zulu that he did not have stress because it did not exist among Zulu people.

“I do not have stress. In the Zulu nation‚ stress does not exist‚ you can go to a traditional healer asking to be healed from stress‚ but they do not have muti for stress.”

The President even went as far as to say there was no Zulu word for stress as it was a “white man’s disease”.

He may be right that he is not stressed by calls for him to step down but he is wrong when he says Zulu people do not have stress and that there is no Zulu word for it.

“Yes there is a Zulu word for stress it’s called ingcindezi and then a person can explain what kind of stress they are suffering from‚” said retired University of KwaZulu-Natal Zulu lecturer and cultural expert Ndela Ntshangase.

Ntshangase said stress could manifest itself in various forms‚ depending on the type of stress of a person was suffering from.

“Even with us when someone has stress it means that they are under pressure from something. Someone could suffer from stress of divorcing because he or she does not want to divorce.

“And there is also stress for rejection. And that person can have a serious stress which comes from being rejected. That’s why some people say there is nothing as painful as being rejected by someone you still love‚” he said.

“If someone is sick they have stress that they are sick. Some people even take a decision to kill themselves because of stress‚” he said.

It was not the first time that Zuma had referred to stress as a white people’s disease.

In January last year‚ during the send-off of 19 students who were beneficiaries of bursaries from the Jacob Zuma Foundation who were going to study in Nigeria‚ Zuma‚ also speaking in Zulu at his official presidential residence in Durban‚ said if he listened to his critics he would have “that disease white people call stress but I don’t have it because I know better”.

Dr Nkini Phasha‚ board member of the South African Depression and Anxiety Group‚ said that Zuma’s utterances were “unfortunate”.

“This sort of narrative [that stress is exclusively an issue for white people] contributes to fuelling myths around mental illnesses‚” he said.

“This also fuels a stigma that is associated with mental health issues and it sets us back as a country. It further sets us back as we attempt to educate and empower our people when it comes with dealing with stress and accessing professional help they require‚” Phasha said.

According to the results of the South African Stress and Health study‚ Indians‚ coloured and blacks recorded psychological distress scores “significantly higher than scores reported by whites”.

“Only Africans and Indians report significantly more instances of unfair treatment than whites. Finally‚ the average psychological distress scores for Africans‚ Coloureds‚ and Indians are significantly higher than scores reported by whites‚” the study reads.

Clinical Psychologist‚ Ingrid Artus‚ said that stress was not a condition exclusive to one race group.

“In my practice I have seen people from all walks of life who suffer with stress and stress-related issues. I can assure you that all race groups experience stress‚” she said.

“Based on my experience‚ I have black‚ Indian‚ coloured and white clients who have all been affected by stress. It cannot be divided by race‚” she said.