Citizen group meeting with lawyers after ANCYL refuses to apologise 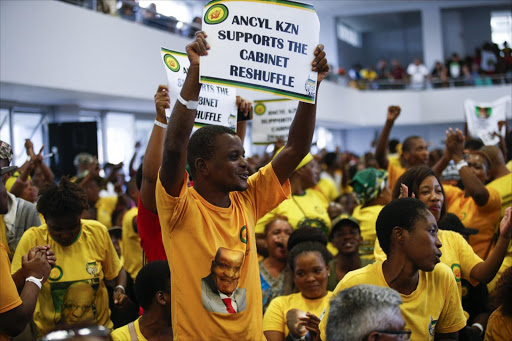 The Active Citizens Movement (ACM) will consult with its lawyer on Tuesday to discuss the failure of the ANC Youth League in KwaZulu-Natal to apologise for disrupting struggle stalwart Ahmed Kathrada’s memorial service.

ACM spokeswoman Yashica Padia confirmed that their lawyer Viren Singh had received a letter from the ANCYL seeking a meeting with the organisation to find a solution to this matter.

The league also confirmed receiving a letter from Singh demanding an apology for disrupting the memorial service in which former finance minister Pravin Gordhan and ANC treasurer general Zweli Mkhize were booed by its members singing pro-Zuma songs.

“It is the considered view of the ANC Youth League much like that of the judge handing down the judgment‚ who was of the opinion that matters of this nature are best resolved through negotiation rather than litigation. Instead of going to court the Youth League has sought a meeting with the organisers in order to reach an amicable solution‚” said the ANCYL in a statement.

The league said it remained confident that the two parties will be able to reach a lasting solution on the matter.

The ACM had demanded that the league apologise in writing for disrupting the memorial and for violating a court order granted by the Durban High Court‚ instructing the league not to disrupt the service.

It had proposed that the ANCYL offer “an unconditional and unequivocal apology” to Kathrada’s family‚ itself and the people of South Africa for the “unlawful disruption” of the service.

The ANCYL had been instructed to publish the apology in two weekend newspapers‚ including the Sunday Times‚ and two Durban daily newspapers.

The ACM had wanted the ANCYL’s apology to read like this: “The ANC Youth League apologises unequivocally and unconditionally for the disruptive‚ disrespectful‚ unlawful and unacceptable conduct of its members on the occasion of the memorial service of struggle icon‚ Ahmed Kathrada at Sastri College‚ Durban on Sunday‚ 9 April 2017. We recognise the invaluable contribution made by comrade Ahmed Kathrada in the struggle for freedom and democracy in South Africa. We undertake to take all necessary steps to ensure that this conduct shall never be repeated. We apologise unreservedly to the family of comrade Ahmed Kathrada‚ the Active Citizens Movement and to the people of South Africa.”